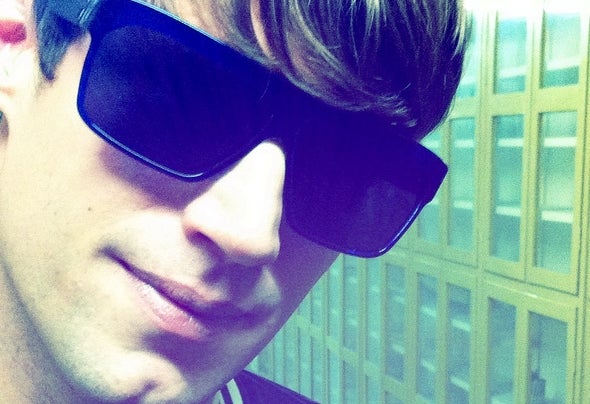 Like so many other aspiring movers and shakers in electronic music, Oddvar relocated to the techno mecca of Berlin seeking to become a product of his environment. Berlin remains the number one veritable breeding ground for techno talent in the world. It is infected with a collective sense of enthusiasm and a barely controlled hysteria simmering just beneath the surface of a concrete veneer where night never ends and where every new face could be the beginning of a new story. And so begins Oddvar’s story. The impressionable youth from the Hannover suburb of Hildesheim, who bribed his way onto road trips to Frankfurt and Cologne with techno enthusiasts twice his age, and was singled out for his unwavering enthusiasm by event organizers in his home city to help promote clubs nights. More and more enamoured with club music each passing year, Oddvar spent his late teens quietly honing his DJ skills, whiling away the afternoons in record shops, and setting up his own small studio. Quickly his interest shifted to production, and that’s when he knew he needed more. More inspiration, more opportunities. Berlin was calling. It was time. After relocating Oddvar split his time equally between the study of Audio Production, and the study of clubland in techno institutions such as Berghain, Arena Club and Watergate. It is the experiences of those countless nights with the citizens of Berlin that have shaped Oddvar’s sound and flow so naturally into his productions. Simultaneously he began working at Native Instruments, helping to develop the Traktor DJ software. At last, Oddvar had truly turned his musical passion into a fulfilling and exciting lifestyle. He was finally free to navigate his way through the vibrant and diverse electronic labyrinth. Nevertheless he knew deep inside it was time to wear his heart on his sleeve and share his soul with the world through the release of his own musical productions.