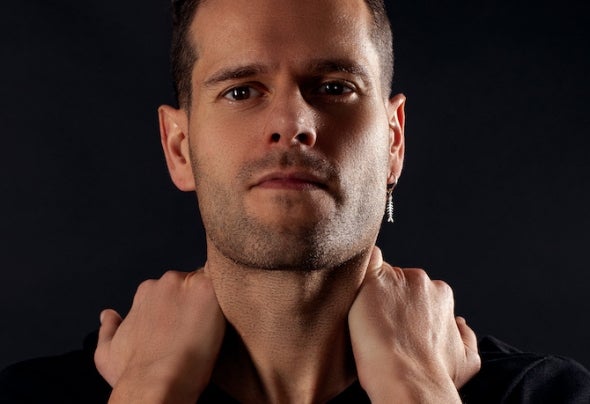 So many things have happened since Ramiro López took his first steps in music… While he was very young he spent his days listening to the radio and specialized in compilations but in 1996 he started sharing around the clubs his passion for music working as a DJ, before becoming a producer. His musical creativity and innovation has always been latent throughout his life. He has progressed at a steady pace with great success releasing music on highly relevant imprints such as Drumcode or Suara and became –alongside Arjun Vagale- head honcho of the brand new label Odd Recordings. In 2006 Ramiro made the leap to music production, researching and acquiring knowledge, experiences, sharing concerns with other artists and gradually defining his melody. Creation became a way of life for him. His music is not just techno , House or a single style; there’s a whole mix of different styles such as R’n’B, downbeat, disco, funk, tech and groove… with the purpose being to have a good time, share and enjoy the dance floor with everybody. In addition, he offers something that is cool, fresh and simply unique. He is now unstoppable, working to get better every single day. His wholehearted dedication at work is obtaining great results releasing on: Drumcode (“Clap Your Hands” alongside Coyu), INTEC (“This & That” it was included within Carl Cox’s “New Year Weapons” published by Mixmag), Octopus Recordings, Toolroom Trax, Terminal M, SCI + TEC, Bedrock (Nicole Moudaber remixed his banger “That's Not Happening”), Cecille, Noir, Defected or Tronic among many others … And of course as said above, he is an active part in the Suara platform, the thrilling and exciting “Digging Deeper EP” for example, achieving significant success and increasing recognition in the electronic scene. The wheel never stops and Ramiro is constantly evolving: involved in many projects, his desire since the beginning is to make people live and enjoy what they listen to while he is working in the booth. He has collaborated with great artists and is constantly on the road travelling all around the world and playing in cities like Sao Paulo, Beijing, Miami, Mumbai, Mexico, Berlin, Zurich or Ibiza delighting everyone with his music. It’s actually very remarkable his presence in South America and the US. We can say without doubt that he is part of the new wave of Spanish artists. With a lot still to offer Ramiro is an artist to bet on.