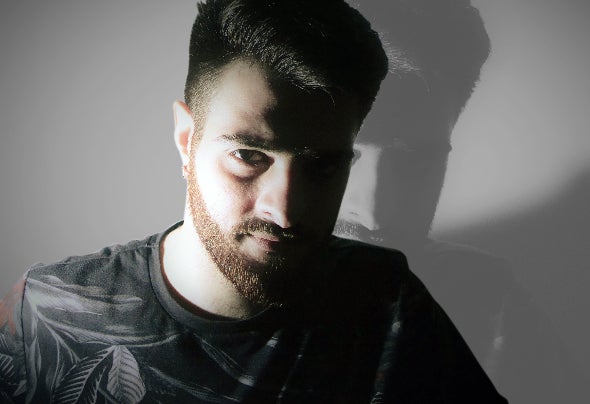 Vincenzo Gargiulo aka Lowerzone has always been a lover of every style of techno but mostly of Dark and Raw techno. Born in 1996 in Italy, exactly in Castellammare di Stabia (NA). From his nickname “Lowerzone” we can understand the inestimable power, care and passion with which the bass in his tracks makes everything dark and captivating, all combined with a solid and engaging groove. Blending dark, raw, and techno sounds have managed to create a personal style that has led him to labels of big caliber. He continues to release relevant music on other important labels, and after many massive supports from big DJs like Sam Paganini, Alan Fitzpatrick, The Yellowheads, Dave The Drummer, Anna V, Luca Agnelli, and many others, in 2019 he debuts on Sam Paganini’s JAM with his first vinyl release on ‘Four on Jam’. During the same year, he opens his own label, No Response Records with the purpose of creating a unique thing between the vibration of electronic music and a sinister visual art concept. The young label No Response Records is already receiving many consensuses from techno lovers from all over the world, for its high-quality music selection. In 2020, Lowerzone reached also other important labels like Suara, Footwork, Analytictrail, and Unity. Other relevant goals come in 2021 and 2022 when Vincenzo released his music again on JAM and Gary Beck's Bek Audio, and Alan Fitzpatrick's We Are The Brave. Today Lowerzone played in many clubs in Naples, started to work with Mutate Events and now also in one of the most important clubs in Naples: the Duel Club, definited also one of the best clubs in Europe, where he's resident now. Now he continues to work hard to get better results in the techno scene.