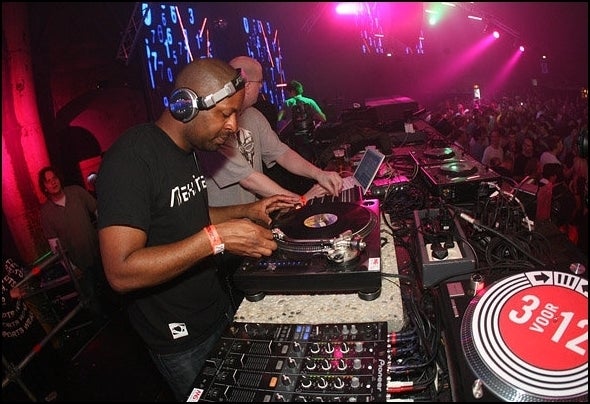 Mark Williams is a vet eran that has paid his dues over more than two decades on the scene as a DJ and producer. Since the 80s, when he started his career at UK hot spots like the Ministry of Sound and Final Frontier, he has been laying the groundwork for his future success. His production work has also gained him acclaim the world over and he has released a staggering catalogue of quality tracks on some of the most respected techno labels in the world including: Tortured, Dark House, Pure Plastic, Phont, Primate, and Carl Cox’s Ultimate Trax imprint, to name a few. In addition to releasing on other labels, Mark also has his own imprints: Artificial Vinyl, Real Sessions, Macumba and Real Vinyl. Mark has also gained worldwide recognition with his skilful and distinctive DJing style. Mixing tribal, tech house and techno on three decks and CDJs, his rocking performances have helped him to develop a strong fan base and facilitated gigs in places like Spain, Turkey, Slovenia, Japan, Brazil, Colombia, Macedonia, and Sweden.