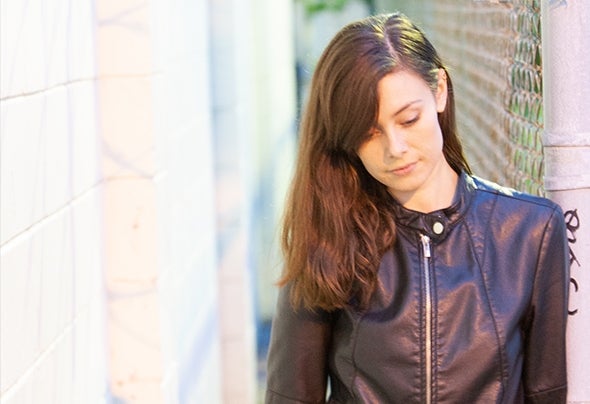 Maria Goetz is an American techno producer, DJ, and rabbit fanatic. Her first exposure to electronic music was (literally) flipping out to 2unlimited’s “No Limits” for her gymnastics oor routine music as a ten-year-old. Maria began producing music in 2012, releasing tracks on Naked Lunch, Kombination Research, Nachtstrom Schallplatten, and Chicago Jaxxx. She’s DJ'd across America, Japan (with a feature on the Dommune webcast), and Europe, including some sweet Swedish gigs and that one time at Berlin's legendary Tresor. She went on hiatus from 2016-2018 to become a doctorate nurse and help some humans along with rescuing a few more rabbits and two cats, but is now back in the studio with her husband and partner in crime, Angel Alanis. Together they have upcoming releases on 4trk, Naked Lunch, and Impact Mechanics which Dave Clarke has featured on his White Noise radio show. They reside in Chicago.