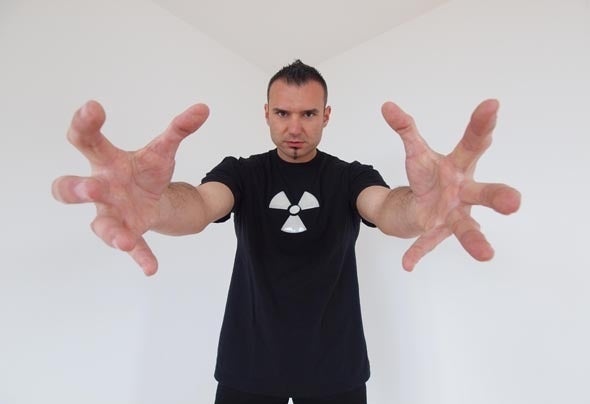 DJ Ogi is one of the most popular european techno producers and DJs. His sound can be described as pumping hard techno with dark elements, which has been published on 70 different releases.His sets demolished raves and parties such as Dance Valley, Love Parade, Montagood, MTV Valkana Beach Festival, Liberty White, Cosmo and many more all over Europe and South America. He is owner of 4 different labels: Beast Music, Techno Factory, Predator and Black Star