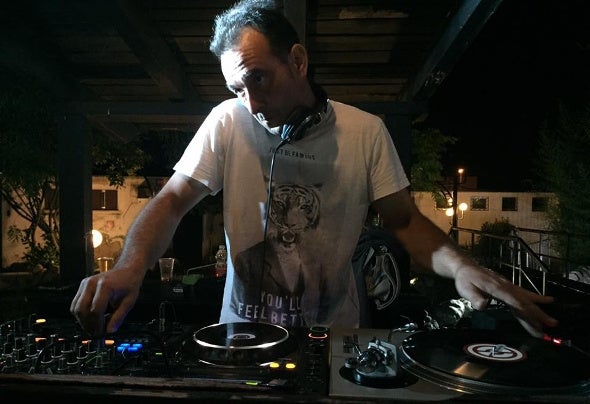 Thomas Zaniboni in art TomDJ was born in Italy near Milano in 1974 and his passion for the music began very early.His career as a deejay began in 1990 for a hobby playing for friends at parties and small events, after a few years he has improved his style and his experience and began working as a deejay in some clubs of northern Italy.TomDJ in the early 90s playing house and techno music, and in the mid-90s, he started playing Hardtrance and Techno Progressive music.Since the birth of progressive music he was immediately in love with the tough style and powerful sound, now his career as a DJ has over 25 years of experience and actively participated in the birth of many new genres of music similar to his style as Hardstyle and Hard Techno.Currently he plays these musical genres: Techno and Hard Techno, he played exclusively on vinyl (Old-School Mixing).In recent years it has started to producing Techno and Trance tracks with his tough style, began working for some record labels as deejay & producer, producing many tracks, more then 100 releases in various record labels around the world.TomDJ is currently Owner & DeeJay/Producer to XXTraxx Records, DeeJay & Producer for others Record Labels and some Italian Disco Clubs.