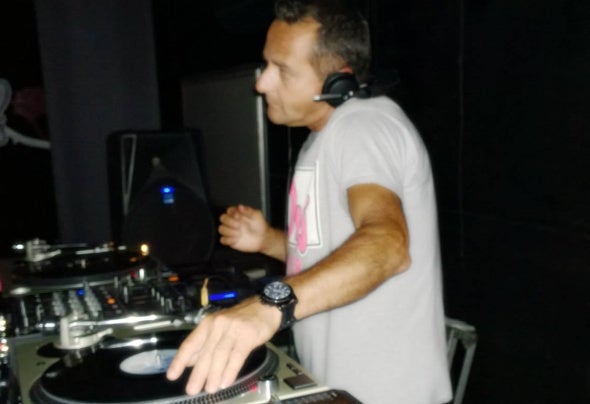 Andrea Giuditta began to work in the disco in 1990 as a DJ helper on Sunday afternoon at the Imperial Club of Tirrenia, but soon, in the season 91-92, he started his career as a professional DJ in the most famous Italian clubs for his Midnight-Mezzogiorno ...... (IMPERIAL CLUB).He remains resident until 95 'by imposing his melodic tracks that have consecrated him as one of the best DJs in the 90's. Over the years, thanks to its sound and the atmosphere it created on the track, it wanders in the consoles of Italian venues that have made history of the trend of the '90s.Andrea Giuditta as well as DJ, in 94 'starts his career as a Dj producer working with several Italian Labels, succeeding in producing some hits, such as "The Dark Side of the Moog", "It's My Beat", "Freedom".Andrea Giuditta in 2003 leaves the activity as a Dj producer with "Dance 'O" production. But when it comes to the sign of the music to remain without it is impossible, so in 2016 Andrea Giuditta resumes life from a Dj/Producer.In addition to the passion of music, another great passion is football, he is part of the Italian National Soccer Dee-Jay since 1996 playing for charity around Italy.