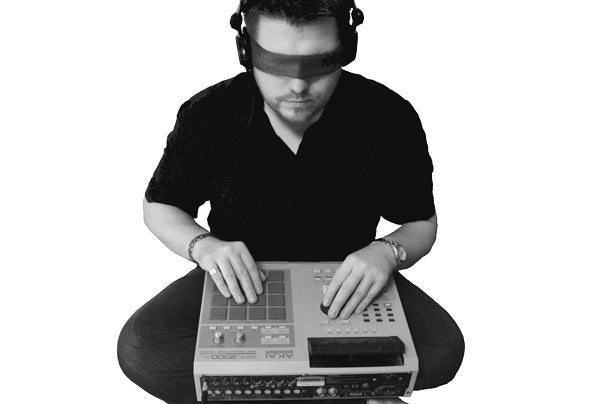 Izidor Radmanovic / Blurix - producer and DJ from Zagreb in Croatia where he was born in 1983. He started with music production in 1999. and DJing in 2001. First “Blurix” releases come out in 2006. on several net-labels and that's the year when he opens up "Diggarama" net-label with his friend Draco. Diggarama since then grew to a party-organization which is still on today and on them Blurix has co-hosted and played side-by-side with DJs and performers such as: Lenny Dee, Tymon, Waldhaus, Jason Little, Andi Teller, Roland Casper, Veztax, etc. In 2011. he opens up a hardtechno / industrial label called "Blurred Motion Records" on which he releases production works by well-known and some upcoming artists from all around the world. Blurix’ music performing and producing skills are wide and so is his unconventional use of conventional sounds, hardware and software machines, which lead to having a wide library of sound pieces (tracks and releases) going from pure techno to hard techno, industrial, experimental electronica, IDM, ambiental… In 2007. his single “Tromenia EP” (released on his Diggarama net-label) reaches the 1st place in ‘most downloaded items of the week’ section under Creative Commons license (among all net-labels of the world), and stays on 1st place for about 2 months. – “Tromenia EP” today is the 3rd most downloaded musical EP / album of all times in the world, released under Creative Commons license with almost 230 000 downloads. As a DJ today, Blurix is a hard-techno / industrial driving freak that rocks the floors, breaks the walls and shakes the halls. – When he’s playing b2b sets in “Diggarama Team” duo with his partner – they shake the Earth’s core with some banging straight hardcore. His skills behind the decks are well recognized and he adds that certain “signature” to the each set he presents to his audience that grows by each day. He's also a well known for his "old-school" DJ skills and his 3-4 decks (oldschool / manual) spining. In last few years Blurix converted almost totally to pure hard techno and industrial sound what resulted in sound quality recognition by famous producers like DJ OGI who took him to his Predator Records where his 1st album ever ("Tears For Something And A Hand Full Of Nothing") is currently released along with its track's ("Succubus") remixes EP, and Jason Little who accepted his works on “The Devils Rejects”, amongst other labels and producers who he’s collaborating with at this moment. So far, Blurix has released EPs, LPs and tracks at numerous labels. Some of them are: Zimmer Records, Miniatura Records, Glorio Music, Predator Records, The Devils Rejects, Sounds Diabolic Records, Diggarama, Blurred Motion Records and many more. Good mannered, pro-active, defender of the "old-school" sound and neo-audience-approach - Blurix.