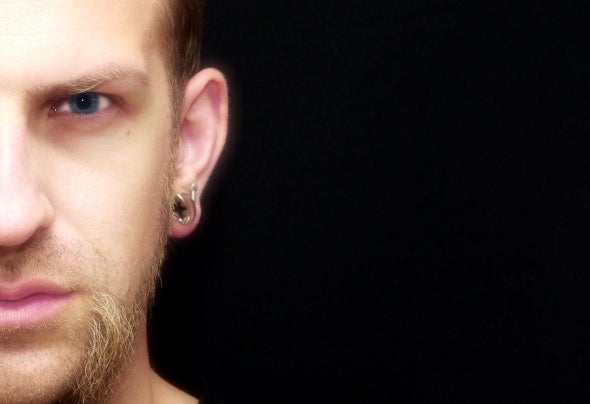 Peter Nitschke aka Stormtrooper is a name you should know if you are into hard electronic music. Starting off in 1997 with productions on an Amiga 500 and gigs at small parties in Munich his sound evolved fast, and soon he was one of the most known hardcore acts in South Germany. After some years around he drew the attention of one of hardcore's godfathers, none other than Lenny Dee, and got signed to Industrial Strength with his massive hit" Todes vögel" .Collaborations with famous artists like The Speed Freak, Daisy and Amok followed.With releases on well known labels as Artillery, Rebelscum, Deathchant, and countless others his style ranges from slow heavy pounding Techno and Industrial to broken beats and uptempo Hardcore. He is also know for his hardtechno productions under the name "X-Tension" (together with Thomas Nordmann), his acid trax as "Alice D.", Breakcore stuff as "German Rhythm Disaster" and EBM Techno as "PN-X-TG" (together with Petrabot).Loving to push the crowd to their limits, with constantly increasing speed during his sets, Stormtrooper already prooved at parties like T hunderdome, Mayday, Energy, Nature One and Defqon (to name just a few), that his style is unique.