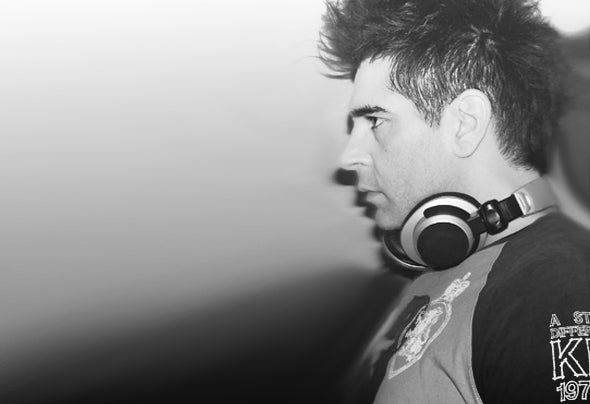 Coming from a long bloodline of Artists it was only natural for Andrew Banner to become one him self. After moving to Greece in the 80’s and influenced at the time (1987-1991) by the punk Goth electronica scene and the first impact of the industrial/tech movement; Banner started organizing and DJing in a variety of underground venues, amongst old factories, warehouses and Villas around Athens. Moving through the 90’s, the dance scene progressed in to a more progressive and psychedelic tune; tribal gatherings had now been set up in the woods, in beaches and open spaces around Greece. Back to England for studies in the early 90’s Andrew found a new perspective in music and was able to further develop his music skills and enter the dance era. Upon his return to Greece he teamed up with Kostas Marousopoulos a pioneer of Tech music in the 90’s (1993-2000) and one of the first DJ’s to promote Electronica on Greek Radio. At that time Andrew Banner would also join the “ZULU” team, a concept created by Sotiris Pavlou. The idea was to take a live DJ set in to a different perspective coupled with percussion and other live instruments to enrich the sound and visual stimulation. In the year 2000 Andrew took a turn in to the fashion industry exposing his creativity and found himself organizing fashion shows in Athens, Beijing, London and New York with great success. But his absence from the musical scene would only make Andrew’s lust for music grow stronger. It was the first time Banner heard one of Richie Hawtin’s Minimal Tech productions that rekindled his desire to write music. “Minimal tech, it’s just simply intelligent!” was Andrew’s words. It was only until New Year 2008 that Banner would start experimenting with his music productions. His First track was, 120 STEPS, following with a different remix called DISCO PUNK. Determined to find a new combination of sound experimented by mixing punk with Tech. A few weeks later Banner started a side project called “ADZ music context”, with Sotiris Pavlou (percussionist), and Daphne Asimakopoulou (Percussionist, keyboardist, choreographer). In Just a few months, “ADZ music context” found itself in the top 10 of the “MySpace” charts and drew attention to the Greek Press. This was the spark that triggered the creation of Andrew Banner’s “Core Audio”. Assembling a network of artists from around the globe and provide a “house” for fellow DJ’s and producers to expose their work.