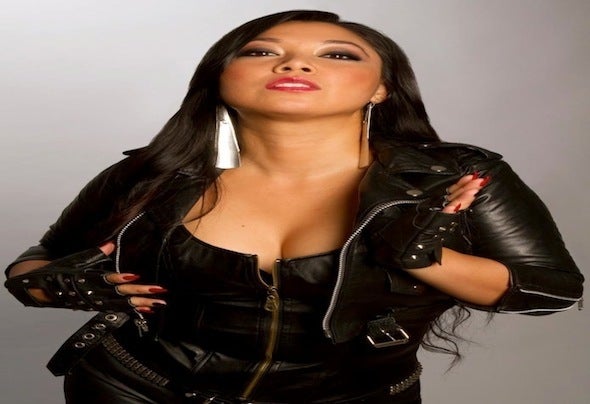 Having experienced many musical genres and styles, SERI focused in on POP/Dance as her direction. She is incredibly versatile, writing and speaking English, Cantonese and Hindi fluently.With such a diverse background, SERI joined a Chinese singing talent contest in Canada which aired on Fairchild TV and was covered nationally on radio and in print, where she competed and sang in Mandarin and Cantonese placing 2nd in the contest. With all of this media exposure, Seri became a popular artist in the Chinese community across Canada.After this contest, SERI entered DAVID FOSTER'S MAKE A WISH FOUNDAT ION TALENT SEARCH. Singing for DAVID FOSTER, SUE FOSTER, CLAY AIKEN, and BABYFACE, she placed in the top 10 finalists in the Vancouver region. These experiences have inspired her to strive for excellence.It was not until October 2006, that SERI made her biggest move in hermusic career by moving to New York City where she began working with other major production teams and producers She continued to develop her original songs by recording and collaborating with other artists, musicians, and DJs. In February 2007, SERI came in second place at THE VERIZONSING CONTEST put on in the Chinese New Year Chinatown Parade in New York City.In August 2007, SERI opened up for award winning singer/songwriters,MICHAEL MCDONALD, MICHAEL BOLT ON, DRU HILL, and ARET HA FRANKLIN.Vibrant with the diverse scenes and audiences in New York, SERI performedat various Gay clubs in New York, LGBT venues, events, and Pride festivalsthroughout the States where she received rave reviews and acceptance. T his experience made SERI turn more towards Dance music. She began working with various dance music producers and DJs and landed a single “I Will Never Forget You” which received airplay on SIRIUS/XM - BPM and, Party 105.3 FM – New York and other stations within the U.S. and in Europe. SERI then did her collaboration with ManiaCalm. In December 2009. The single was signed by Red Stick/Strictly Rhythm Records. This was an impressive debut, finishing at number 7 on SIRIUS/XM- BPM's Top 50 of 2010 and number 8 on AOL's Top 10 Dance songs of 2010 and peaking at #5 on the BILLBOARD’S Dance Radio Airplay Chart.In January, 2011, SERI continued to work with ManiaCalm and co-wrote hersecond single “I Miss You” with ManiaCalm ( then still known as the artist LaLa),which was then signed by Next Plateau Entertainment .That single also received support from SIRIUS/XM – BPM and various other Dance radio stations.In April, 2011, SERI signed with Big Management. She changed her namefrom LALA to SERI and she signed with Armada Records for a single releasewith DJ Markus Schulz who is the #13 on Top 100 DJ’s onT HE DJ LIST and was voted Americas #1 DJ by DJ T IMES MAGAZINE. On August 31st, 2012 Armada released the single Markus Schulz feat Seri “Love Rain Down”along with an official music video and was placed in heavy rotation on all the Dance Radio stations in the U.S., “Love Rain Down” was the #1 song on Sirius/XM – BPM, #1 Song on WPTY- Party105 New York, #1 Top 5 on WEDX Evolution, #1 song on WNRG – Melbourne, FL, #1 on WCPQ – Chicago, #1 on DancefactoryFM – Chicago, Top 5 on Music Choice Dance, TOP on AOLMusic Top Dance, and Top 5 on Fusion Radio Chicago. “Love Rain Down” also reached #7 on the BDS Dance Radio Airplay Chart and charted for 26 weeks along with Peaking #26 on the published Billboard Dance Radio/ Mixshow Airplay Chart and charted for 6 weeks. SERI also performed to a SOLD OUT show with Markus Schulz at his “SCREAM” Album Release show at The Best Buy Theatre in New York and had the crowd in a frenzy with her performance.Her fourth single was released in Feb. 2013 on Spinnin Records – 4 Strings feat Seri “Ready To Fall”. This release has already received great feedback and support from fans and DJs such as Armin Van Buuren. The song received initial support from radio with KNHC – Seattle, WCPQ – Chicago, DANCEFACT ORYFM – Chicago, MUSICCHOICE/DANCE, WBZ C – NJ, FUSIONRADIOCHICAGO, AREA955HD – Was h,DC, B96HD2 – Chicago, ST RICT LY DANCE RADIO, WBLI- New York, Z90.3- San Diego the first few weeks out.