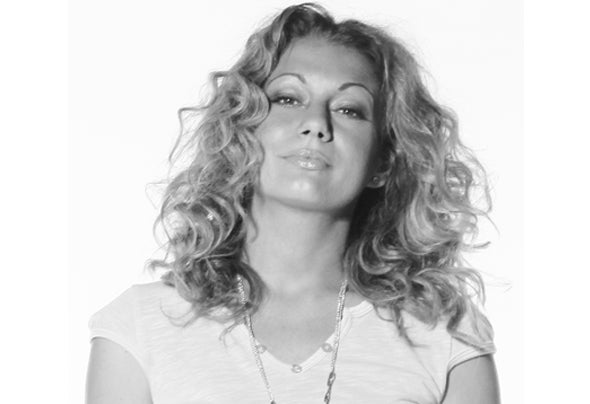 Maria Bokou, also known as Mary Bo from Athens, Greece, developed a love for Trance music in the early stages of her life. While hearing Trance tracks from Binary Finary, Three Drives, DJ Jean, Paul van Dyk, Tiësto, Armin van Buuren, Svenson & Gielen and other original Trance music producers, she understood that Trance was her favourite music genre.To the echo of trance and progressive sounds, she danced and jumped on many dance floors and began attending original Trance parties in Netherlands. Events such as; Trance Energy, Sensation White and Dance Valley, along with many large and local parties in Dutch clubs. Here she tasted the Trance scene, and grew ever closer to the music.A few years ago she viewed a DJ performance by Three Drives in Greece, and this is where she first met Erik de Koning.Instantly they became friends and discovered a common taste and passion for Trance. Within their five year friendship, Erik was experiencing Mary's respect for original Trance music, her unique music foundation enabling her to understand Trance sounds in a deeper and more detailed manner than simply that of a listener. This sparked a desire in her to create her own music.The proof for Erik came shortly after giving Mary her first keyboard, where he saw her fingers moved by her soul, creating her own exquisite melodies and tracks.This is how Mary began her professional music steps with her journey to Trance having found a deeper meaning. Between Miss Bo & Erik de Koning exists a unique music chemistry, and a perfect music combination.Trance producer Miss Bo, had her first release in 2012 with "Angels Paradise", a track devoted to her long lost father and brother.In 2013 the first solo release of Miss Bo saw daylight. "It's All About N.R.G.", her first release which got remixed by the hands of Cor Fijneman. This track got an amazing follow-up called "Wherever You Are", released with a remix by a classic trance duo, Binary Finary, who made a real floorfilling remix.Besides having a career in producing, she launched her own radio-show "Trancezone", this is a monthly show full with uplifting trance tracks, mixed by her hands. Broadcasted by several radio-stations across the globe.