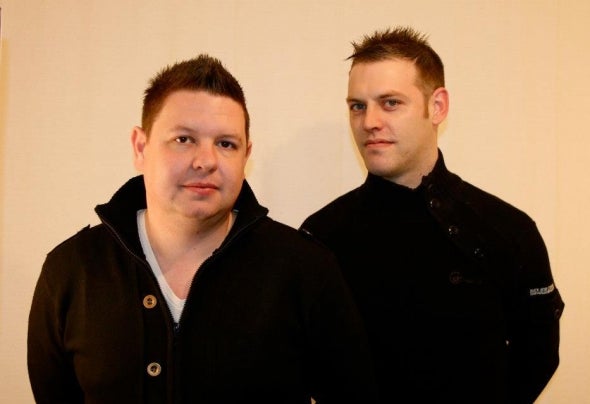 English based power trance DJ/Producers...ALLEN & ENVY are considered by many as the most impressive new trance duo in the UK! The pair are following in the footsteps of past duo dominators like Agnelli & Nelson, Riley & Durrant, Hemstock & Jennings, Smith & Pledger, Lost Witness, Transa, Coast 2 Coast etc by picking up support from the world’s elite DJ’s and really bringing that classic trance vibe back to life in the modern era.ALLEN & ENVY are set for global domination and a force to be reckoned with, especially if you like your trance energetic and emotional, with drive and bursts of sheer euphoric bliss.The Leicester based duo made up of Steve Allen and Scott Envy simply met at a summer BBQ through mutual friends, got talking and then instantly hit it off in the studio and on DJing together at some local gigs. They shared the same musical tastes and vision so Allen & Envy were born and ready to show what they could do. Bursting onto the scene in winter 2012, their first production, a rework of the trance classic “Cygnus X – The Orange Theme” was supported by Armin Van Buuren on his A State of Trance radio show, and later played at ASOT 600 Sau Paulo. Their first single “Mass Exodus” released on the ever popular Fraction Records also gained the support of Armin Van Buuren as well as Aly & Fila, Simon Patterson, Sean Tyas, Markus Schulz, Judge Jules to name but a few. The release was also their highest entry in the sales charts to date, hitting the Top 5 at Trackitdown.net’s top 100.The duo quickly followed up their debut release with “Forgotten Souls” on Future Focus Recordings, which you guessed it!, again gained support from Armin Van Buuren on his ASOT Radioshow as well as plays by Aly & Fila, Mark Sherry, Maarten de Jong, Johann Stone and many more. Allen & Envy gained their first number one single when their massive release “The Saviour” on Vicky Devine’s DE:VA (a sub label of Fraction Records) hit the number one spot of Trackitdown.net! The track also gained some huge support from Sean Tyas, Binary Finary, Manuel Le Saux,, Markus Schulz, Paul Webster and more!With the bit between their teeth, the tracks and remixes started to fly out of the studio with “One Way” released on Recoverworld’s imprint Flux Delux, remixing trance legends “Binary Finary’s” High Stress on Future Focus Recordings, remixing for Adrian & Raz Recordings on Re:Locate & Robert Nickson's “Now & Then", as well as remixes on Dave Forbes “Aria Knights”, Vicky Devine’s DE:VA and Scottish dance music legend “Mallorca Lee” and his MLXL imprint.Following on from their first rework, the duo locked themselves in the studio and reworked classics such as “Marc Dawn - Expander” which gained several plays from Aly & Fila on FSOE, “Plummet – Damaged” which gained support from all the A Listers and was heavily supported by Aly & Fila in their live sets, and “K90 – Red Snapper” that was played at ASOT 600 Den Bosch by John Askew, also picking up further support from Bryan Kearney and Indecent Noise. The “Red Snapper” rework was so well received it got an official release on K90’s Dataless Recordings. With many more top quality productions on route and their sights firmly set on the bigger league of label’s and bookings, Steve and Scott are ready for the next level.“T OGET HER AS ONE” is the duos new brand which has its own club night (already having booked in Thomas Datt, Angry Man and Steve Arnold). While the club night is an integral part of ‘’T OGET HER AS ONE’’ the main focus for the brand is a new radio show. Starting of as a 1 hour slot on Discover Trance Radio but growing in listeners at a rapid rate, the guys are set to expand the show into 2 hours, so watch this space for the all new “TOGTHER AS ONE” monthly Radioshow/Podcast that will feature all their own new works plus the best of the rest.In a short space of time,ALLEN & ENVY have sent shock waves through dance floors all over the world! With their passion for playing, producing and promoting true trance music and with the skills to match anyone out there, it’s not a matter of if but when they will become the champion duo of UK trance and an act not be missed on the international DJ/Producer circuit.