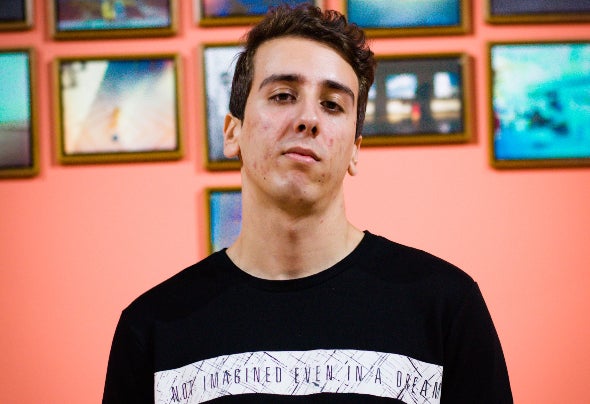 Mhammed El Alami is synonymous of distinction and music quality, he is the most younger talent producer from Morocco, born in Rabat and started to produce at the age of 14, always influenced by the big ones of the genre like Armin van Buuren and others. His first works were published under the aka A.L.A.M.I, in this epoch the whole force and musical class that this young producer was possessing was very clear, he was not late very much in being supported by one of the well-known trance labels, Abora Recordings; and from some of its main artists. Currently, Mhammed continues showing all his big talent with his productions in some of the most important labels of the moment like Armada (Armada, FSOE, Statement!, Garuda), Future Sound of Egypt (FSOE Fables, FSOE Parallels), Enhanced (Always Alive, Digital Society), Black Hole (Flashover, Nocturnal Knights, AVA White, Universal Nation), Raz Nitzan (Amsterdam Trance), Interplay, Vandit, Suanda and many more. It's necessary to emphasize collaborations with artists of the height of Alex M.O.R.P.H., Steve Dekay, Daniel Kandi, Cold Rush and many more. Since 2014, Mhammed’s music has been played on Tomorrowland, ASOT and FSOE festivals to name a few, also with countless radio support from Armin van Buuren, Aly & Fila and Paul van Dyk. He's also been featured in Above & Beyond's Group Therapy and supported by Trance legends like Gareth Emery, Ferry Corsten, Markus Schulz and Orjan Nilsen.