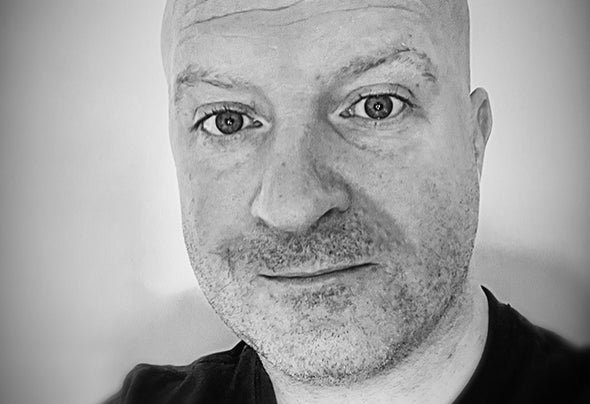 Chris’ love for Rave music started in the early 1990s when he spent time with his friends listening to mix tapes from local boys, Glen Molloy, Gleave Dobbin and Dj Darryl. Chris says “I can remember at that time, I was trying to get into a style of music, and when I first heard The Prodigy’s, Charlie, that was me!” Almost immediately, Chris decided to venture into Belfast City Centre to purchase some vinyl for his new record player. Underground records was the main record store during the early 90’s for Electronic music. “I remember going into Underground and being met by this long haired Italian fellow who introduced himself as Pablo Gargano”. When Chris first spoke to Pablo, he was asked, "what music are you looking for?”. Chris replied, “I want something that is fresh and huge”. Pablo immediately took a piece of vinyl from the shelf which was to shape Chris’s future forever! The vinyl was “Moby - Go”. Chris could not wait to get home and play the track on his new record player. In recent times, Chris has started to DJ again and is featured on a monthly radio show, with the addition of requests from other radio shows for Trance and Progressive sets. Chris is also the managing director of a successful Record label, Tranceformer,. Tranceformer keeps growing in strength and always has a full catalogue, with a release out every Friday. In addition to running the record label, Chris also has to focus on his own personal productions which are being supported by some massive artists such as Sean Tyas, Paul Van Dyk, Solarstone, Manuel le Saux, Allen Watts and Aly & Fila. With Chris’s productions becoming stronger and stronger, his goal is to release on labels like Future Sound of Egypt, Subculture and Armada Records. “If it hadn’t of been for people like Pablo Gargano, DJ Darryl and Barry Wigham, I wouldn’t be where I am today in the Trance Music scene”.