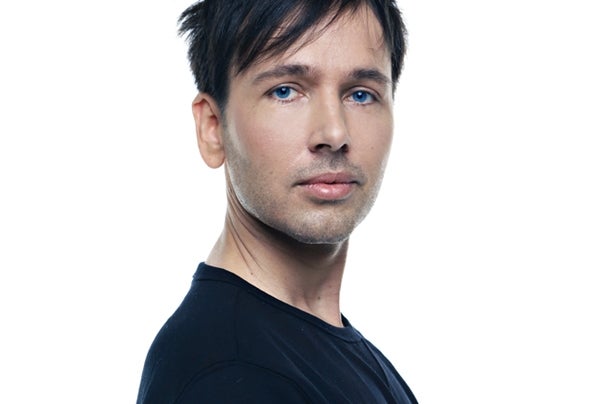 First State starts the year in the manner that the world of electronic dance music has come to expect. Bringing in New Year as part of a huge 6 city tour of Australia alongside the Chemical Brothers, MIA and Mark Ronson among others whilst releasing another edition of the eagerly anticipated 'The Whole Nine Yards' compilation series, 2013 also sees him team up with vocal talents of Sarah Howells for what promises to be yet another vocal smash in the shape of 'Seeing Stars'. With the massive Crossroads radio show each and every month, his First State Music label, an ever growing arsenal of now legendary 'Bashups' and a whole host of brand new productions and big name collaborations; First State has truly made the step from one of dance musics most exciting prospects into one of its most consistent names.The story started not so many years ago in 2008 with Tiesto picking up on Sander van Dien's emerging production talent of the back of such smash hits as 'Falling'. Taking the name First State and signing to Black Hole Music, Sander has never looked back and two artist albums later he continues to provide massive smash hits that rock dancefloors the world over. Whether its his eagerly awaited tracks with Sarah Howells such as Reverie, Skies on Fire or the hugely popular mashups coined affectionately as 'Bashups' that rock the likes of Armin van Buuren or Afrojack's sets; Sander is a consistent producer of massive dance floor pleasing anthems. Morphing the First State sound over the last two albums the last twelve months have seen a more underground, housier edge emerge alongside the big riffs, breakdowns and lusciousvocals we have come to love from the studio in Holland.With such chart topping tracks like ' My Sanctuary', 'Cross the Line' and 'Your Own Way' it is no surprise that First State has been in huge demand as a DJ and performer. Having performed at such legendary venues as the O2 in London and Privilege in Ibiza as part of Tiesto's world tour early on, First State has gone on to carve out a name as a quality and in demand headliner the world over. Tours of Asia and the Far East, Australia, North America, India and Africa go hand in hand with some of the biggest and best clubs and festivals from the likes of Ministry of Sound, Gatecrasher, Miami Winter Music Conference, the Offical Istanbul Formula 1 party and A State of Trance to name but a few.2013 is set to be First State's biggest year; a bevy of anthems ready to drop, big collaborations as well as shows the world over will take First State onwards and upwards hitting dizzying new heights even by Sander's standards!