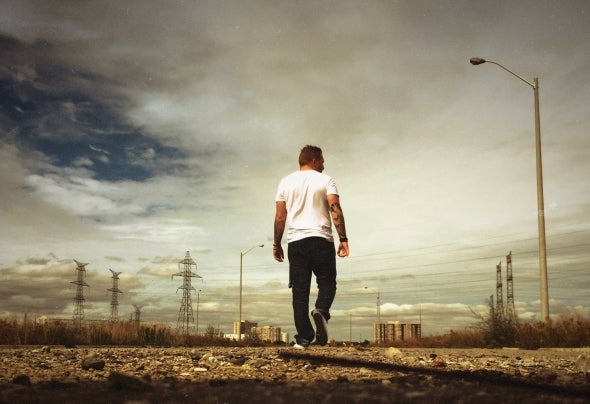 For as long as he can remember, Jeremy Vancaulart’s life has revolved around music. Born in Mississauga before moving to Toronto at an early age, he received his first instrument (a toy drum set, which saw daily use at his eager hands) at the age of 2, before moving on to violin in grade school, alto saxophone in high school, and finally forming a band (which featured, perhaps, more enthusiasm than skill) in which he performed vocals. He was introduced to electronic music at the age of 18, when he received his first copy of Fruity Loops. It was at this point that he began composing industrial/EBM, as well as more cinematic pieces. He enjoyed his creations, but never released any of what he viewed as the product of a hobby.That all changed when, on October 18th of 2004, tragedy struck. A close friend was murdered, shearing a new and intense emotional facet into the landscape of Jeremy’s life. At around the same time, Jeremy discovered Trance music - a genre that he felt truly connected with his life and his soul. It was this music which proved to be the emotional outlet that brought him back into stability, and as he engaged in his audio therapy, he soon realized that the music he was creating was having a similar and profound effect on the people around him - bringing them closer together in their shared pain and providing them with the same release that he had found. With this newfound understanding of the power of his music, Jeremy embraced it and plunged into the world of production with the new and deeply passionate goal of sharing this healing with the world around him.From that point, Jeremy’s path has been clear, bright, and ever upward. He’s performed at raves and clubs in the regions largest cities - New York, Toronto, Ottawa, Montreal - and released his music digitally for the world to experience. He’s earned a diploma with honours in post-production audio engineering, and has begun to truly realize his ambition with his own label, Black Sunset Music. Through this label he has begun to share Trance music that matches his own spirit: deep, complex, expressive and impactful.All told, Jeremy’s story is a moving one - and it is only just beginning.