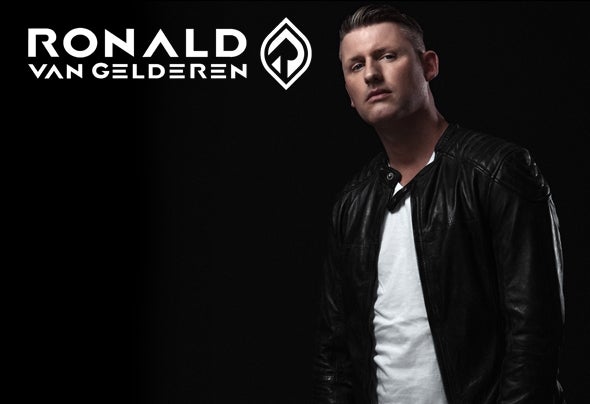 Armed with a slew of new tracks and enough energy to power 24.000 homes, Ronald van Gelderen (RvG) is striking back and returning bigger than ever following a short hiatus. Having travelled all over the world for more than 10 years, consistently delivering big tunes, RvG remains one of the most established DJs at the moment. Countries such as the UK, Scotland, Australia, New Zealand, Japan, Switzerland, Tunisia, Germany, Poland, Israel, China, Canada, Spain and USA are still madly in love with RvGs trademark sound: sophisticated big room trance. With notable signings in the past to labels like High Contrast and Tsunami  where he released massive singles and remixes  his distinctive in-demand sound has garnered him enormous respect on the trance scene. Today, RvG is still very much cutting out his own sound in the global trance scene: a style which combines electro, tech and trance rolled into one phat soundtrack. He first made his mark back in 1997 as a producer  under the famous alter ego Kid Vicious  releasing the massive club hits Re-Form, Pants Down Spanking and Contagious, before going on to co-produce with the big boys like Tiësto. He penned Urban Train and Suburban Train before finally getting behind his own name. Huge hits Proceed and Sustain on Tsunami, Cold Storage on High Contrast Recordings, and remixes of Veracochas Carte Blanche on Positiva and Dogzillas Without You on Nebula followed  to huge critical acclaim. By releasing many big tunes in a row like F!lth, This Way and Realize, RvG showed he was constantly able to re-invent himself as a producer, before making a big statement with the release of Dirty Rocker, featuring driving beats, nasty synths and a deadly catchy vocal. Due to health reasons, however, RvG was forced to take a few steps back in 2011, resulting in a 1.5 year hiatus. He spent his time, however, building a new and stronger team around him and experimenting with different genres in the music scene before deciding to return to the style he loved most: Trance. In 2014, a collaboration between RvG and Niels van de Pavert (Nilson/Protocol) became fact. Their first release I Will Love Again soon caught the attention of Armin van Buuren, who signed the brand new track on the Armada imprint A State of Trance. I Will Love Again features vocals by the incredible vocal talent Gaelen, guaranteeing goose bumps and a huge surge of energy. It proves once again that RvG still has his place in the DJ league and is ready to get back into the game. Ronald: I now consider the enforced 1.5 year hiatus as a gift that showed and taught me a lot of different life lessons. It definitely made me stronger and more focused on the things that really matter in life. It made me reach a point where Im closer to myself as a person and can enjoy the things I love most: producing beautiful music, travelling the world, performing, and showing deep gratitude to my fans for their support and patience.