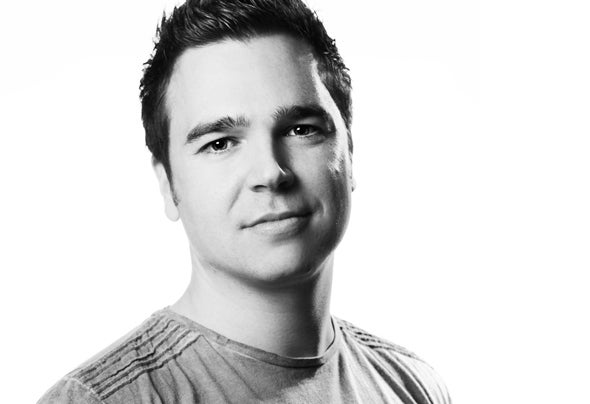 Canadian DJ and producer, Alexandre Nadeau, aka Tomac, was introduced to the sounds of Electronic Dance Music in the mid 90's. Listening to Euro Dance then exploring the different genres of EDM, his taste in music evolved and in the late 90's, Tomac came to realize his love for Trance music. In 2001, Tomac attended his first EDM event and immediately fell in love with the scene. From that moment on, he knew he wanted to share his passion for music with others and after experiencing various EDM venues, Tomac grew interested in producing music and building a sound of his own. Having basic knowledge of the piano from lessons from when he was a child, he worked persistently and expanded his capabilities on the keyboard. After a few years of further developing his skills, he began to produce solid material and created the Tomac sound he had been looking to unleash. Knowing his next move was to hit the decks, Tomac made his debut in the booth in 2006. Mixing at local EDM venues and private parties, he had the opportunity to better expose himself not only as a DJ, but also as a producer. He finally made his breakthrough to the scene in 2010 spinning at Le Bar Passeport, Mica Lounge, and earning himself residency at one of the most recognized clubs of North America, Circus Afterhours in Montreal, where he has shared the decks with international DJs such as Arnej, Ronski Speed, Joop, Shogun, Orjan Nilsen and ECO. Also in 2010, he was signed with Armada Music for his production 'Good Karma'. The track appeared on Roger Shah's compilation 'Magic Island: Music For Balearic People Vol. 3', and was played around the world as Shah's intro during the album world tour. Tomac has received great international support for his productions from many DJs and producers such as Paul Oakenfold, Markus Schulz, M.I.K.E., Paul Trainer, Daniel Wanrooy, Roger Shah, Pedro Del Mar, Sophie Sugar, Cliffy Burrows, and Aurosonic just to name a few. No one knows what to expect next from this young Canadian talent, but one thing is for sure though, the industry has got an eye on Tomac.