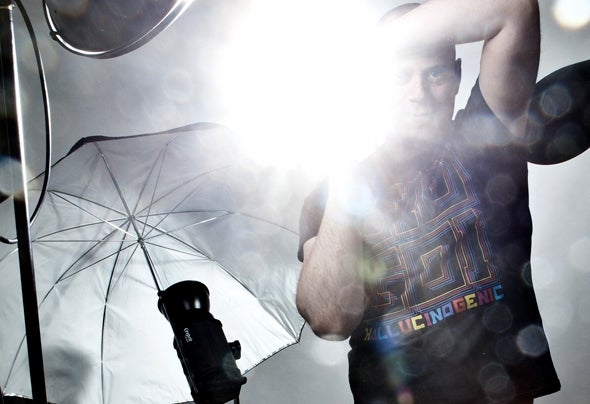 Intro: Over the last ten years he’s been responsible for huge club hits, international chart smashes and sub- genre defining releases. His exacting studio standards combined with a unique blend of electronic music styles has won him a formidable production reputation. As a spinner, his warping, club-smashing DJ sets have caught the imaginations of clubbers worldwide, pulling in universal plaudits a long the way. He’s also pulled off the uniquely tough trick of musical reinvention... He’s none other than Bart Claessen.Pre-Production History: Born in the Eindhoven region, smack-bang in the middle of Netherlands’ Trance-central, Bart was perfectly positioned to embrace and capitalize on the then-embryonic Dutch sound. Caught by the bug, Bart hard-grafted whilst at high school to raise the money to buy his first studio equipment - going on to outfit his parent’s attic into his first studio. On graduating high school he went on to study Music Technology at the Utrecht School of Arts and simultaneously started work on his debut production.The Barthezz Years: Through a raft of licenses to a network of the world’s most famous dance labels (Positiva, Ultra, Avex and Superstar among them), ‘On The Move’ became one of the biggest crossover dance hits of 2001. It notched-up Top 10 national positions in over 10 countries, was nominated for two of Holland’s prestigious TMF awards (for Best National Dance Act & Best Video) and, in Germany alone, sold a whopping 150,000 copies.Spurred on by its success and that of the follow up, ‘Infected’, Bart stepped behind the decks. Getting to grips with the mixing in lightning-quick time, he launched a DJing career that saw him tour the world, rocking floors in countries as far apart as Japan, Spain, Russia, Lebanon, Poland and Canada, as well as playing major festivals including Trance Energy & Innercity. The ‘Bart Claessen’ Era: In 2004 he effected a reinvention-cum-revolution; a 2.0 for Bart. Using his own name as his revised production handle, he re-emerged with a new tougher, wider-scope sound. Club-hit followed club hit as ‘Persona Non Grata’, ‘Playmo’, ‘When Morning Comes’ & ‘First Light’ all set fire to dancefloors between 2004 & 2008. ‘Playmo’s idiosyncratic tech- tone, mixed with a blisteringly bouncy production became and evergreen club-favourite for DJs like Tiesto, Armin and Ferry Corsten. It was also blended with Motorcycle’s ‘As The Rush Comes’ to form ‘As Playmo Comes’, and in doing so became one of the hottest dance bootlegs of 2006. ‘First Light’ was a bolt-from-the-blue smash in the Netherlands’ national singles chart, reaching number 18 in the Top 40. ‘Catch Me’, the vocal reworking of ‘Playmo’, quickly repeated the same trick in 2008. 2010 has proven to be the most productive Bart Claessen year so far, bringing highly successful releases ‘Elf’ (Anjunabeats), ‘Hartseer’ (Ferry Corsten ‘Once Upon A Night’ / Record Of The Year 2010), 90 Nights Of Summer (‘Anjunabeats Volume 8’), and ‘If I Could’ (Armada). His new project with Raz Nitzan, named Who.Is leads to a huge hype all over the net, and a double A-side release on Anjunabeats, featuring the track ‘We.Are’, selected for both In Search Of Sunrise 8 and Anjunabeats Volume 8, named ‘summer 2010’s trance definer’ by DJ Mag and awarded with two 10/10 reviews in the same magazine.Bart Claessen The DJ: Bart similarly started to re-angle his spinning career in 2004. With DJ Magazine naming him as one of the artists/DJs expected to explode, he was signed to Ferry Corsten’s Dance Therapy agency. Off the back of the sustained club-hit profile he has subsequently gone on to spin at some of the biggest events and clubs, including Coloursfest, Cream @ Amnesia, the Sunrise Festival in Poland, Peppermint in Dubai, Melbourne’s Ultraworld, Godskitchen Kiev and many more.Bart Claessen The Remixer: Aside from DJing and original productions, remixing has played a big part in Bart’s career. Picking only the tunes that particularly interested him, he’s reworked such artists such as Chocolate Puma & Ferry Corsten, for Positiva, with the latter also being released on Ultra in the United States. He also began a flourishing partnership with the Anjunabeats label. The imprint chose his reconfiguration of Above & Beyond’s ‘Razorfish’ as the A1 side of their expansive 100th release package, with the label now having 7 further Bart Claessen remixes in their discography. In 2009, off the back of a huge raft of DJ support, Bart’s remix of the classic ‘Stringer’ moved from bootleg status to official release as Riva vs. Bart Claessen in the Benelux. 2010 turns out to be a big year for Bart Claessen remix lovers, with mixes for Tiesto feat. BT, Meck feat. Dino on Toolroom, Dutch award-winning rock band Di-Rect, Super8 & Tab, Aruna, and Paul Keeley.