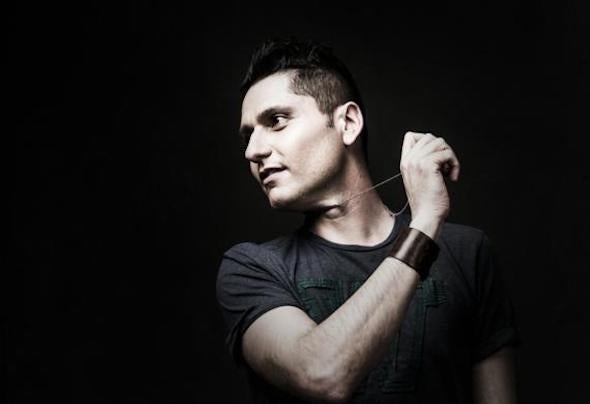 Alex Nocera, a Producer and DJ based in Riccione, Italy, started his career at the age of 15.Currently Alex creates and performs electronic dance music, electro house and future house.  Alex's career as a DJ has always been concentrated on live performances. He regularly performs club, event and festival dates in different European countries mostly in England and Germany, his participation in the Berlin Love Parade in 2001 remains one of his most significant experiences. Not to mention Italy where he performs in the best Italian clubs of the last fteen years: Altromondo Studios, Baia Imperiale, Peter Pan, Gilda, Tenax, Yab, Cocorico, Spazio Novecento and Holi Color Dance Festival, etc. As for the radio activity Alex has always collaborated with prestigious local and national broadcasters, including Radio Italia Network and Radio m2o to name a few, and over the years he has played the role not only of DJ but also of audio technician, as well as director of programming. Throughout his career Alex Nocera also specializes as a remixer, and among his works are the remixes of 'Su di noi' (originally by Pupo) which literally exploded in summer 2003, in 2007 the remix of 'Shake dat booty' for Little Louie Vega pres. Ananè, followed by the remix of ‘Dance Ritual’ by Cerrone vs Vega. Since then Alex has been producing remixes for international artists such as Axwell, Fedde Le Grand, Bob Sinclar, Steve Angello, Camille Jones, John Dahlback, Eddie Amador, Guru Josh, etc. Since 2012 he's been cooperating with prestigious international labels such as 2Dutch, Armada, Mixmash, and has received countless supports for the singles "Seven", "Funk" and "Grazie Molto" from the top DJ's such as Avicii, David Guetta, Nicky Romero, Tiesto, Blasterjaxx , etc.