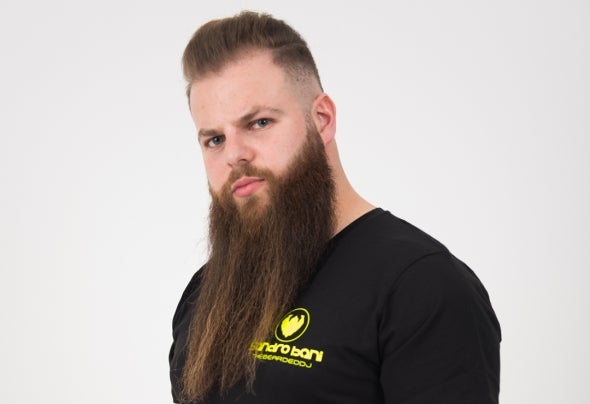 Alessandro “Sandro Bani“, born in 1988, first started his career as a DJ in 2005, when he was only 16. After several releases and important collaborations, in 2013 Sandro Bani joined the artistic team of ScuolaZoo Travel Event. He soon becomes one of the main figures of the season, first in Corfù (Greece) and then Pag (Croatia). Thanks to his high artistic value, he was reconfirmed for the Summer season 2014 and 2015 and had the opportunity to perform in world-famous clubs like Papaya in Pag and Top Hill in Budva. Sandro Bani’s career is growing even more and shows great promise. During the Summer Season 2015, he keeps the crowd on the dance oors of some of the most important European Clubs, both thanks to his collaboration with ScuolaZoo Travel Event and to his excitement translates to the audience. The upcoming Season starts with the remix for DJ Sava and his track “Bailando”, exclusively licensed by the Romanian Label Cat Music and licensed in Italy by Do it Yourself. At the end of August 2015 Sandro Bani contributed to “Twiga Selection”, the compilation of the amazing nights of Flavio Briatore’s Twiga Clubs which is distributed by SONY Music and released by the Label Do It Yourself. The compilation is charted at #1 on the iTunes Chart Dance. At the beginning of September 2015 Sandro Bani releases in collaboration with the record label Do It Yourself the new EP “Music Sounds Better With You” (a remake of the original track influenced by the nu-disco genre that became famous all over the world thanks to the Stardust project). The EP features also a Stefano Pain’s progressive house remix. His first production of 2016 coming in May on music Label Glitter (a sub-label Do It Yourself) with the single “Sandro Bani – LIFE” characterized by sounds drawn from the evolution of house music and featuring highly respected: Barbara Tucker, Su Su Bobien, Dawn Tallman, Sabrynaah Pope and Michelle Weeks. For complete biography ==> http://www.sandrobani.it/biography