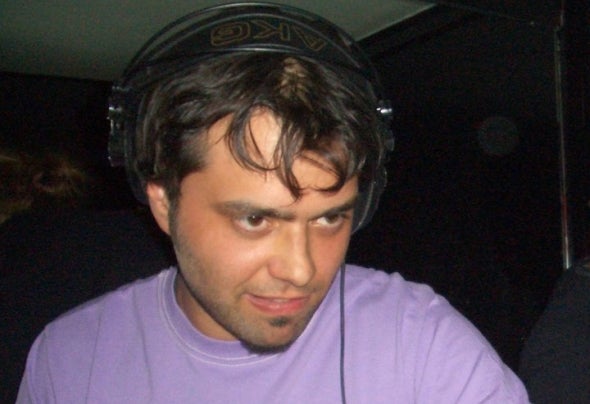 Afterman was born in Naples in late ’70s, the funky- soul-discomusic age. His father’s records had a masssive influence on his music tastes since he was a child: Eumir Deodato, Joao Gilberto, Stan Getz. Learned to play by himself for pleasure a bunch of instruments (guitars, keyboards, congas) and discovered the 70s Discomusic.His family moved in Tuscany when he was a kid and there he begun to improve acrobatic mixing, hi-speed scratch and discovered his love for the early House Music. Working for local broadcasting networks and clubs, he had to invent himself dj of different kinds of music, but he never abandoned his love for House Music.Afterman begun to propose his self made records very early as “Ice DJ”. When he was 18 y.o. made his first record in the T-Move studios with Paolino Bova, which then became his discographic at Beside Music and created the first “Afterman”. At 20 y.o. moved in London to produce his own records, growing his tastes and his experience. At 22 moved in Milan, where actually lives.He collaborates since 2000 with his natural House Music partner Gianluigi Tarnassi in several musical projects. The most important ones: JL & Afterman, Cop & Thief, WCR, Silvernoise.