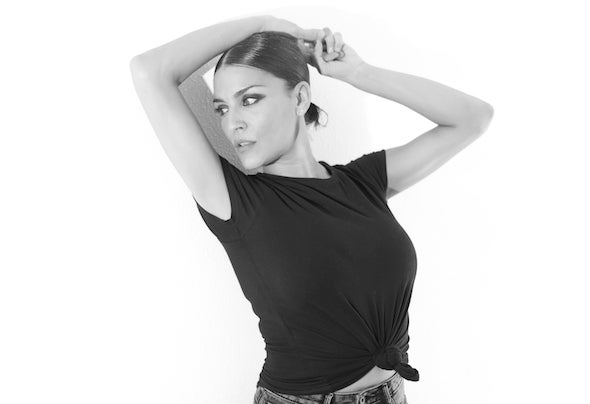 Born in Granada (Spain), Marien Novi began her musical career in the year 2005. Soon began to stand out for its careful selection of music and good work behind the decks. Its success is based on the fusion of rhythms soaked in groove with sharp and strong bases, ranging from the most elegant deep to the most underground tech (Deep, House, Tech and Techno ).Marien Novi was resident DJ in Ibiza at the party "POP STAR" Amnesia since 2009 until 2012.At the end of 2013, Marien Novi begins work on HOUSEPITAL, party that takes place at Pacha Ibiza, whose cabin has visited on several occasions.In her more underground side to shared booth with artists size: UMEK, Pig & Dan, Eric Sneo, Oscar Mulero, Mendo, Gonçalo, Edu Imbernon, Deborah De Luca, Wally Lopez, etc...In February 2013, Rebeca Tresor and Marien Novi united are named Nike official Dj's Spain, and the Gira OPEN AIR TOUR BY PEPSI MAX.Proof of her rise in recent years has been the crossing of borders which she has experienced with its music, performing in cities like Doha, Dubai, Moscow, St. Petersburg, Yekaterinburg, Milan, Nuremberg ,Tanger, Vienna or Graz. She has performed at festivals as KLUBBERS DAY FESTIVAL or ARENAL SOUND undoubtedly two of the best festivals in Spain.Marien Novi has been resident Dj of W Hotel Doha for five months. In this year Marien has released three new tracks: “Feelings” with Prison Entertaiment (Date released 11-3-2016) “Desert Rose “ with Samui Recordings (Date Released 6-6- 2016) “Illusion” witn Prison Entertaiment (Date Released 25-6-2016) and she is nominated for the "Vicious Music Awards" for best female favorite artist. Currently Marien is orienting his career towards a much more underground style, proof of this are his new productions.