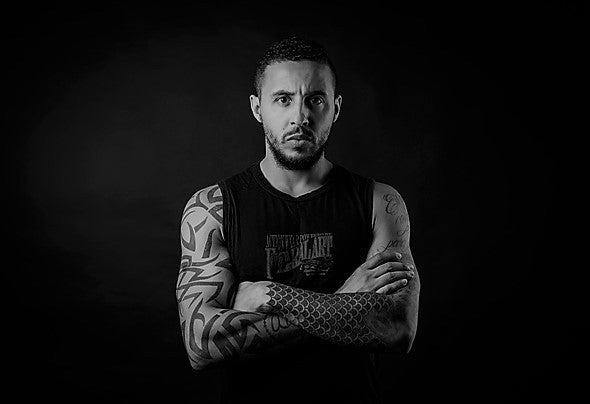 The gaucho formed by the school of music Aimec (International School of electronic music) and also by the MKMN (School of music online, Make Music Now), has stood out for its productions and international releases, where already had its tracks remixed by European artists and national, and also made collabs with national artists. Producer and Dj, of the genres that extends from House and its sub-strings to Techno underground, Marco follows a melodic and harmonic line in his productions, being distinguished by his elaborate harmonies and transmitting to the listener a sensation of relaxation, and at the same time exciting time, followed by a heavy drop and a well-crafted battery. Marco Caetano remains in the studio, where he released EPs for the record labels Elastic Dimension Records and LDN Trax (UK), Society Music Recordings and Subwoofer Records (Italy), Crazy Friends Music, Ibérico Techno Label, Barcelona Beats Records, JJT Records, Black Turtle Records, Cardina Records and Suvivor Records (Spain), Paraiso Recordings, Chic Recordings and Duo Box Records (USA), Manicomio Music, Tic Tak Records (Mexico), Green Alien Records (Hungary), and Toxic Recordings is also scheduled to be released on Dhouse Records (Brazil). The DJ / producer also had a story about their releases on Crazy Music Friends, the site of the Spanish record label, and had its set of songs broadcast live on Spanish record label Black Turtle Records, on Spain's Zona de Baile, Realhousefm USA, Ncradio from France, Fnoob Techno from the UK and Dimension Project from Brazil. Marco presents his work in an original format and does all the planning and marketing of his career and lives today one of his most creative phases, managing to create his identity in his productions, and pass his feeling to his audience through his songs and sets as well harmonics.