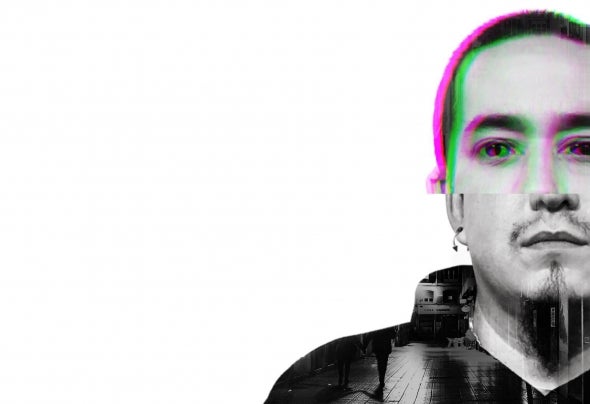 Marko García got involved in music from an early age. He comes from a musical background where the main purpose is to convey deep emotions. Expressing his disagreement with the establishment and everyday life through punk, hardcore and rock and roll. Owner of Amplusens Records, label founded in 2012, he has specialized in underground music in genres such as Dark House, Progressive and Techno. His music is defined by a surrounding futuristic sound, marked textures and dark atmospheres; on the plates, his sets are dynamic, powerful, full of energy and creativity, with a groove that draws to the dance floor. "Music is not just for dancing, it is also an art to express and internalize," he says. "Although on many times it can be anti-art." After several years in electronic music, he found in these bleak genres the freedom to capture and express his distinctive darkness, which identifies him as an artist. He’s a member of the Maton Fuckin Krew and Groovers collectives with which it promotes non-commercial electronic culture, generating experimental and underground artistic spaces. He is the creator and owner of several renown festivals in his country from which Jungle Groove stands out as the most acclaimed rave in the Amazon, a festival that will undoubtedly blow your mind.