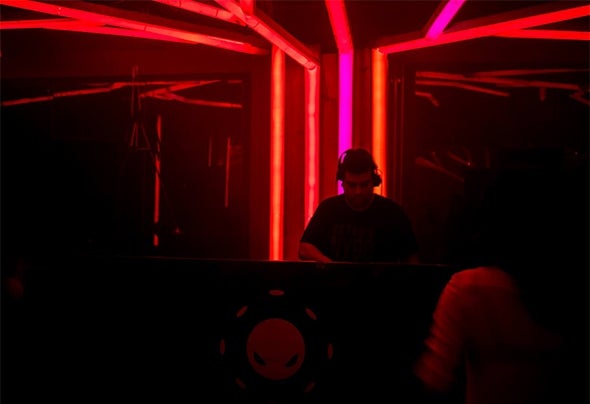 Cristian Salazar, born in Popayan Cauca, Colombia, also known as CRISTIAN GLITCH, began his career as a DJ producer in 2009 where he began his first steps creating tech house and minimal sounds. By 2010 signed its first contracts with various Latin American labels, standing out several times in the top100 of large digital stores like Beatport, Juno Download and others, and founded his first record label records Minimized focused on minimalist sounds and tech house.In 2012 his career took a different tack now getting into darker, strong and forceful sounds, speaking so with a sound dark techno, industrial, beginning what characterize, signing major label recognized worldwide such as Naked Lunch Records, Onh Cet, Kaputt, Wall Music, Rewashed LDT, fivestardigital, Hybrid Confusion, Hell Beat Limited and many more.In 2015 he founded his new record label called PARALLEL THOUGHTS, which highlights better quality, loud, forceful and more professional sounds. He has the opportunity to work in his label with renowned international artists such as A.paul, Marika Rossa, Natalino Nunes, Dkult, Ninna V, and some of the best exponents of the techno genre in Colombia as Luix Spectrum, andres gil, aleja sanchez, modular phase.For the year 2016, in society of the German Djproducer known as GRIECHE, he made his first album on vinyl 12 "for the label Heal Beat Limited, which has an enormous success and great acceptance, in which a much more elaborated sound is shown, covering several branches of the techno genre, from the darkest to acid sounds and with a lot of groove ideal for the dance floors.