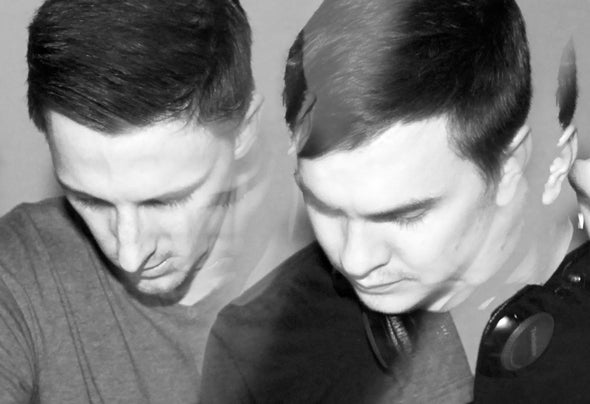 CYU [kjuː] ... is not an acronym for “see you” but rather made up by the basic idea of the project: Check Your Understanding! Tobi and Ronald’s intention is sharing their conception of electronic music, infecting others with their dedication and encourage others to think beyond.The common vision of individual and unique electronic dance music brought the two guys together on their way. The intersection of their ideas expanded their view of their own sound, bringing it to a new level, far from the musical stereotypes and chasing new trends.Contemporary Future or better called Jacking Techno, combined with a slightly touch of Experimental and Acid Techno are for CYU the logical improvement of electronic dance music.End of 2015, after countless nights together behind the decks the two guys released their first EP called “AFRICA DRUM” on the underground Netlabel “VOCABULA”. This debut earned huge support by artists like Marriage Proposal, Turbo Turbo, Corvad, Cochise, TWOB, Sovnger, Sexinvaders, TTT and many more...In 2016 they won both the community price and the grand jury price of an remix contest on beatport. The remix was later digitally released on the US label HALOCYAN RECORDS. Now they are spending a lot of time in the studio preparing futurereleases. Another pumping remix of them gets released on MUSKOX RECORDS in 2017.