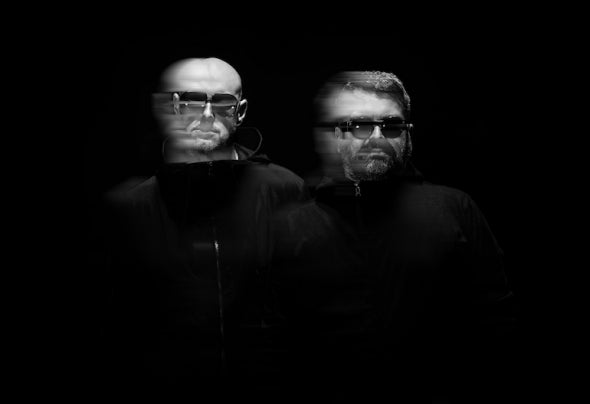 The formation of Pig&Dan may have been an unusual one but was no doubt fate. The two crossed paths on a ight to Mallorca back in 1999, when Dan was a resident DJ at Ministry of Sound and touring globally, and Igor was deep in the world of illegal underground raves whilst producing music under the name Tropic 39. By that stage the two had gone through a number of strong formative years surrounded by music. Since then, Pig&Dan have achieved an amazing back catalogue of releases on labels including Soma, Plus8, Terminal M, Bedrock and more recently Drumcode. Chart-topping releases came in the form of ‘Growler’ and their landmark LP ‘Modular Baptism’ on their own cherished label ELEVATE. And not forgetting their 2016 debut to Adam Beyer’s Drumcode with ‘Mexico’ and ‘Chemistry’ which sat at the No.1 Techno Track spot on Beatport for over 2 months, leading to another 3 EP’s being signed to the label. Pig&Dan are still all about the music, and always will be. It appears that 2018 could be the most important and transformative year of all. Having just featured on the most recent cocoon compilation and a full-length EP to come later in the year along with a very exciting new project soon to be released, it seems that Pig&Dan’s musical Odyssey is only just beginning.