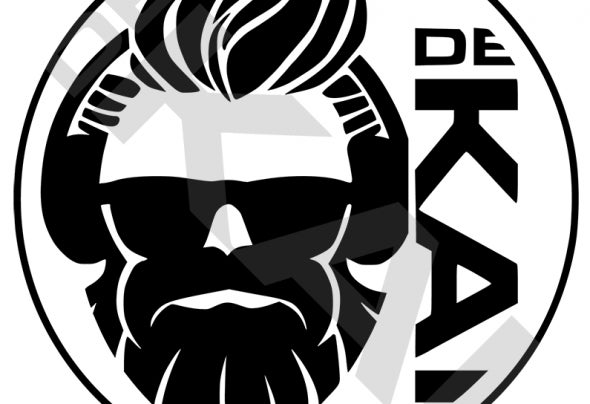 Since he bought his first Iron Maiden vinyl he was totally addicted to music. Strongly influenced by his friends, mostly techno DJs and event managers, his way to an extraordinary DJ was predetermined.In 2004, while most of his old friends were already bound to family and job, Kai visited the OM Club in Madrid and as he saw how the DJ pumped up the crowd, he decided to become a DJ himself. “Against house music and for more techno on the floors.” So Kai became “deKai”.His philosophy of life: “rather dead and cool, than alive and not cool!”, his music: hard, pushing and sometimes falling for deep “ghost train techno”.So he started to please the techno clubs in Ingolstadt with his quite hard but real sound. His journey brought him to several other clubs, like the Palais Munich, Das schwarze Schaf in Augsburg, Klanghaus Erlangen, Suite 15 in Regensburg and many more.He decided to move to Berlin in 2009 with the intension to drive the clubs of the capital city into an ecstasy. Two months later Kai met the likewise Berliner-by-choice DJ Empro through a booking.deKai scratched a living with some small jobs like renovating, rebuilding, construction and a few bookings at the club Levee. In the course of time he improved his sets and he got more and more booking requests until he finally got offered a residency in the Levee which he accepted with pleasure.At this point deKai is one of the hottest DJs in Berlin, so he is booked in clubs like the M.i.k.z., the Golden Gate, VCF, Magdalena and Tresor.Since May 2012 deKai is signed at Kiddaz.FM.“You can divide Techno in minimal, groovy and hard. On Monday mornings I play just “ghost train techno” with nasty sounds and hard basslines. Classics as well, but just the cool stuff, like Thomas Schumacher, Pleasure Seeker or Extrawelt Soopertrack and groovy tech house – no booty shaking.” – deKai