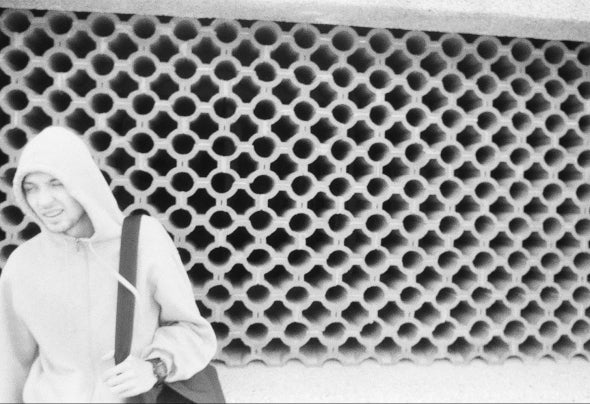 By the last few years Evgeny Shchukin, Alexander Tochilkin and Evgeny Fomin worked a long way from home experiments in native Krasnodar to striking live shows in best capital clubs and releases in Europe and North America. Level Records, Ostwind, U-Cover, Pro-Tez and even digital subdivision of legendary Harthouse, found by Sven Vath in early 90's, are among their labels not to mention all. Lections on electronic music for german pupils, Reb Bull Music Academy participation, acting on one stage with such masters as Apparat and Thomas Fehlmann - all this luggage is under their belt. Free maneuvering between club oriented formats (Modul is well known for their dance live gigs) and home-listening pieces became a distinguishing feature of the team. Creating productions the band uses both analog and digital equipment, as well as acoustic instruments and self-designed devices. The members consider that contemporary musician must competently combine various facilities, use all available resources and not confine to a certain bound of one musical style. Modul is a delicate balance between complexed and coloured, simple and insipid; a compound construction of many original parts. Their sound could be described as symbiosis of tuneful IDM, pieces of classical electronica and modern rhythms. In 2010 Evgeny Fomin left the team and devoted himself to neo-funk/jazz and other related genres. Together with pianist Vladimir Shubin he started to perfom as Obertonbox. Evgeny Shchukin and Alexander Tochilkin also took several other aliases (such as Feldmaus for ambient forms and Wols for abstract hip-hop/dubstep) and keep working together. In autumn 2009 Evgeny Shchukin started Passage - a netlabel aimed to release various ambient oriented music and then reformed it into FUSELab media group in cooperation with Yuri Vasilchenko. Modul in turn continued developing composed of two persons. Since early 2012 Modul - as well as WOLS and Feldmaus - is presented by Evgeny Shchukin in solo.