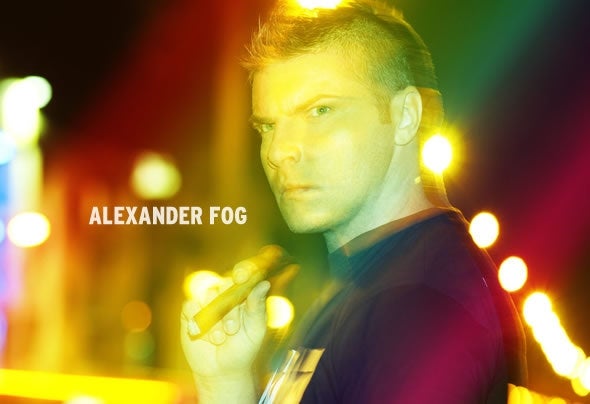 Alexander Fog is without a doubt one of the most exciting new producers to emerge in the global tech house and deep house scene. This Italian born and raised music purist is making huge waves in the underground techno and tech house genre, upsetting the status quo by proving what is possible when one combines undisputed talent, a great deal of passion for music and vast determination. With an impressive series of high-end releases and remixes on the upper league of worldwide quality labels and the exposure he gains as a direct result, Alexander Fog is rapidly becoming a household name in his beloved world of quality music.Alexander Fog is not a person to be pigeonholed or stigmatized; he produces from the heart without being influenced by contemporary hypes. Imprints such as Plastic City, Nervous Records, New League, Celestial, Sweetleaf, Finest Cuts and many more all received an distinctive Alexander Fog treatment, best described as a blend of techno, a touch of deep house with a sneaky pinch of tribal house influences. Alexander Fog productions are regularly to be found in the UK Buzz Charts, proving that Alexander Fog is well on his way to firmly reaping what this Italian craftsman has been sowing over the many years.To spread the passion for deep house and tech house on a global scale, Alexander Fog took it up a notch, joined the radio show community and developed his own radio show The Gourmet Club, presenting one hour of the finest house, deep house and tech house cuts. The internationally acclaimed broadcaster Radio FG embraced The Gourmet Club by giving the show a weekly one hour slot, to be aired every Friday between 9pm and 10pm CET.