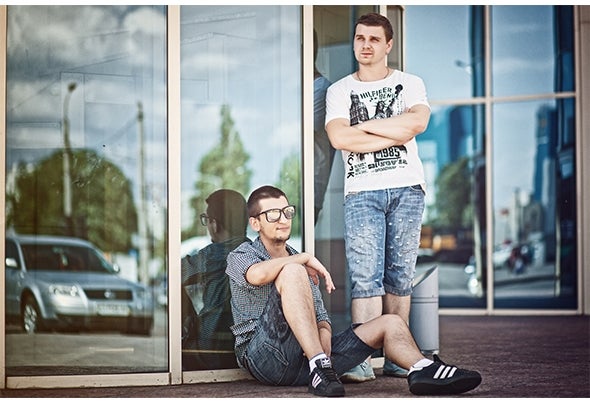 The project was formed in 2007 but started its powerful development in September 2008. Their music gathered lots of good responses and support from such techno monsters as Noir, Loco Dice, Richie Hawtin, Dubfire, Joris Voorn, Andrea Bertolini, Umek, 2000 and One, M.I.D.I .and ot hers t ill now. Their remix on Phatjak came out to be one of the best. .They cooperate with such labels as Doot Records, Bashi Records, Get High Music, Noir, Vibra Macz, Stereo Seven, Bosphorus Underground, Italo Business.Recently, their remix on Ukrainian guys’ Topspin & Matuss track I’D got into the DJ DOWNLOAD chart on the 6 position and stayed there for a long period of time.Also their remix on well known track “Synthetic Sound System – Promise me ” “Moonbeam feat Avis Vox – Storm of Clouds” reached top position in the Kiss FM dance chart for 3 months on end and helped the guys to get the right feel on the Ukrainian club stage.Dub Makers are taking part in such global festivals as Godskitchen Godskitchen Urban Wave, Global Gat hering 2010, Z’18. In Oct ober 2010 t he project becomes resident on the most large-scaled radiostation of the country Kiss FM and got their own radioshow “House Boys”. They’re also co-owners oft he Get High Label on which t hey produce t heir releases and releases by other producers and experts of the business.In september 2011 become the residents of Virus Music the largest booking of Ukraine.