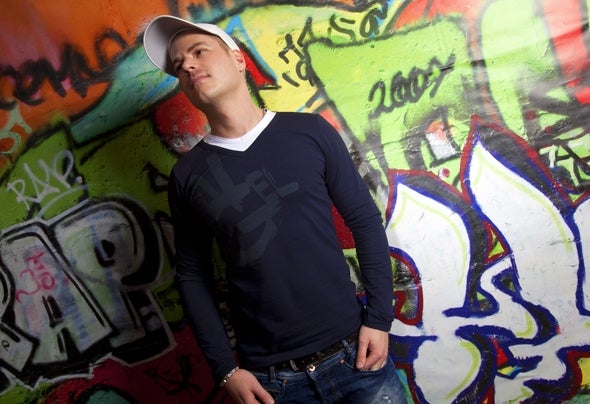 Gilles Bellac is the mortal behind the rising musical project , bet t er known as Jill Bellac. A former chemistry lab assistant, Gilles was captured by electronic based sounds at an early age. Gilles is a true living example of the strong impact brought forth by the strong contribution of technological uprising on the international music industry. His early experiences were ignit ed wit h t he help of live radio broadcasts of Dj's. At the time, due to his t ender age he was not allowed t o ent er clubs and experience the music first hand. He would wear his headphones and transmit himself to an intergalactic world which fast became his own personal playground. Among his personal favorite Dj's one can list: Carl Cox, Deep Dish, Sven Vath, Richi Hawtin, Timo Maas, to name just the very few. Gilles infatuation with electronic music has fast became an obsession, causing him to switch his career aspirations and direction to allow him to inhabit his untamed love for music production. Gilles decided that it was time to upgrade his uncont rollable urge and he decided t o join t he School of Audio engineering (SEA) in Zurick. "I learned a lot at SEA. But the best period of my education was the time I spent in the studio with Simon Schwendener (Freakulizer/Khainz). That's something I still do today. There’s nothing like hanging around a pro and creating techno!" Gilles luck unfolded soon thereafter. His very first release, "Assassin - Voodoo Doll," (Jill Bellac 2nd Mix) prompt ly landed on Beat port ’s Minimal Chart . In June 2008, Max Cooper from UK pushed this very remix to the top of his chart. That was precisely the booster shot Gilles needed to continue producing. Gilles released his second piece soon afterwards, a remix for Assassin. It appeared on "South American Sounds" by John Acquaviva. This was quite well received, and led to a release with tracks by the world’s best electronic dance music producers on compilations like "Ibiza November 08." Gilles uncompromising sound production abilities, his strong determination & devotion is well noted in his innovative music he outputs. These days Gilles project "Jill Bellac" is on the rise and is highly sort after by well-established international labels such as: south American Sounds, Stereo Seven Plus, Echoes Records, ADS Records, to name a few. A lot more in the future