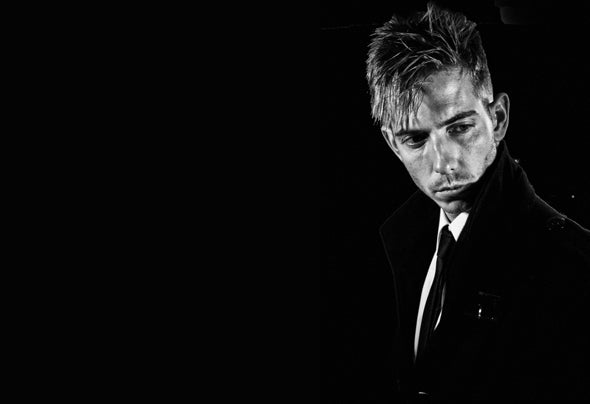 Filthy Rich is leading from the front as one of the biggest players in the new breed of international artists in the digital generation of today. His exceptional talent, intuition, attention to detail and all round presence commands respect from all who hear his music and see him perform, his soul breathes and thrives on his unfaltering passion and love for the music, and combined with his unrelenting and total committed dedication his rise has been unstoppable.His performances are always flawless and while he delivers music he loves he never dictates his own tastes to the crowd, instead he is aware and in tune with their reactions, making him incredibly popular with the coolest underground clubbers and big room house lovers alike. His tight mixes and twisted sounds mean no-one ever vacates the dance-floor dissatisfied. His sets take you on a magical journey though all genres of house, with the odd old classic thrown in for good measure, Filthy Rich delivers perfection on the decks time after time.Like only the truly determined can, Rich has effortlessly risen to the top with skill and precision. Over the many years he has been perfecting his craft he has earned himself prestigious residencies on UK home turf, while 2010 saw him win back his prestigious Gatecrasher residency keeping his home following happy into the new decade in Birmingham, Nottingham and LeedsThe Filthy Rich infamy has rapidly swelled around the globe and his international place has been firmly established in the best clubbing hotspots across the world, international dates throughout Europe, India, Mexico, Ukraine, Russia, to name a few + extensive tours throughout Asia, Australia and in 2010 he broke through to the United States performing across west Coast with the ultimate pinnacle performing at the legendary Burning Man Festival in the Nevada Desert where he joined the resident ranks of the “Root Society” performing to 5000 strong crowds. 2011 see further tours of the US in the pipeline not least at Ultra Music Festival, Miami.A multi-dimensional artist, Rich is known not only forE-mailArtist NameBeatport URLWebsiteArtist Biohis dance-floor triumphs but also for a massive cache of hot productions. 2010 saw him officially crowned as a “Toolroom Knight” by head honcho and huge supporter of his talents Mark Knight resulting in “Leaders of the New School” album due for release in spring 2011. His skills and professionalism in the studio have also seen his tracks signed to Toolroom, CR2, Stealth, Rising Music, Great Stuff, 1605, Nocturnal Groove, Big Love, Nervous, Audio Damage, 303 Lovers and Dutch imprint Spinnin. In total, Rich has clocked up an electrifying discography of over 100 productions and re-mixes. In addition to being played on Radio 1 and gaining support from the likes of Steve Lawler, Tiesto and Carl Cox, he has also completed winning remixes for artists including Sidney Samson, Zoo Brazil, Chris Lake and Seamus Haji, and successful colloborations with Bass Kleph & Prok & FitchRich is also one half of the incredibly respected techno d.o.n.s ... SPEKTRE specialising in driving techno. Spektre’s razor-sharp beats in both their DJ sets and live performances have drawn favour from heavyweights like Sven Vath, Carl Cox, Dubfire, Laurent Garnier and James Zabiela. Spektre experiments unmercifully with new sounds, their releases and live sets have been menacing dance floors ever since the project was born. Their productions have featured on Renaissance, Global Underground, Yoshitoshi, Great Stuff, 1605 and Blufin as well as releasing a ‘Live At Glade Festival’ album on VVVWI and their critically acclaimed debut studio album ‘Casting Shadows Without Light’ released on their own ‘Respekt’ imprint.The future is very bright for Filthy Rich - with his thirst for new music and a whole host of tricks up his sleeve. Rich’s strength is his diversity and this ensures he is going straight to the top. Without a spare date in sight for the next six months, it’s clear, when it comes to Rich, rules are made to be broken and the future is FILTHY.