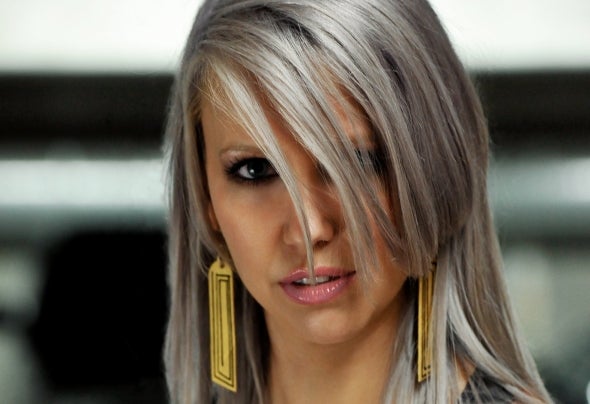 “Gina Star is a name we are putting our money on here at Toolroom. With her first record going top ten on Beat port , Gina St ar is a name you will be hearing a lot of.” – Mark KnightGina Star is a DJ and producer originally from Dallas, Texas. After moving to LA in 2006 to further her career, she was hailed by the LA Times and E! Entertainment as one of the most talented and sought after DJ’s in the city, and was welcomed into some of LA’s most exclusive V.I.P. celebrity endorsed nightclubs playing her own special style of big room uplifting house.Moving across the pond to the UK in 2009 to further her DJ & production career, Gina Star propelled herself int o t he limelight working wit h T oolroom Records and gaining support on her productions, notably Pete Tong spinning her Cirez D & Sunscreem mashup to the masses on his Radio 1 show.Gina Star released ‘This Is Hollywood’ which entered the Beatport Top 100 at #10, and #1 on the Progressive House chart. David Guetta featured it on his internationally syndicated F*** Me I’m Famous radio show. The track features the instantly recognizable vocal talent of Roland Clark preaching ‘Welcome to Hollywood, what ’s your dream’.‘I Want It Now’ debuted at WMC ‘10, and uses the unmistakeable hook from the legendary band Queen – I Want It All...& I Want It Now!!! Given the thumbs up from Queen’s management via EMI, this project developed into a full release for Toolroom Records, with remixes from Robbie Rivera, Keith & Superbeatz, and Mind Electric.Tiesto featured the record on his international ‘Club Life’ radio show and podcast, Judge Jules named it his ‘Tried and Tested Tune of the Week’ on his Radio 1 Show, and Gina was busy doing guest interviews for a long list of shows all over the world that also featured the record. David Guetta, Mark Knight, DONS and Jerome Isma-Ae are just a few of the other DJs who supported ‘I Want It Now’.2010 also saw the release of the Toolroom Miami compilation for which Gina mixed ‘The Club’ disc, and Toolroom’s Ibiza 2010 comp for which she mixed the ‘Afterclub disc. She also did an ad campaign for Gio-Goi which was circulat ed t hroughout Europe.In 2011, Gina has spent much of her time touring and in the studio completing a handful of tracks that will see release in 2012. She mixed the Toolroom Miami 2011 comp, and the Toolroom Best of 2011 comp. She also finished a remix for Tiesto and Mark Knight which is due out in Feb 2012, and her remix of Chris Willis “T oo Much In Love” went t o #4 in t he Billboard Club chart and is currently getting radio spins around the world.Gina's had previous single releases on T oolroom Records in UK & Eire, Vicious in Australia and New Zealand, NEWS in Belgium, Holland and Luxembourg, TIME Records in Italy, We Play in Germany, Austria and Switzerland, Family Tree Music in Scandinavia, Just Music in South Africa, Blanco Y Negro in Spain, Warner Bros in Israel, and Atlantic Records for North America, Japan, and the rest of the world.