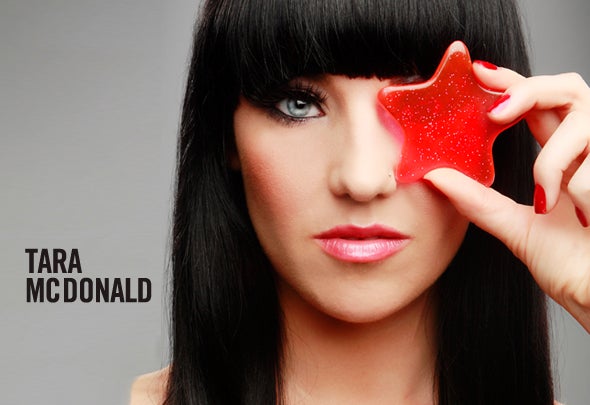 Talented, flamboyant and successful: Tara McDonald is currently one the most recognised songwriters and vocalists on the modern dance scene. Highlighting her potential from an early age upon the stage in the West End of London, Tara has proven her vocal and writing talent with a string of crossover hits. Tara achieved major success working with Armand Van Helden and co-writing with Axwell on the massive chart hits ‘My, My. My’ and ‘Feel The Vibe’. Both these projects debuted at #1 in the club charts, before peaking in the UK sales charts at #12 and #16 respectively. She has also collaborated with Todd Terry co writing the club smash ‘Get Down’ and with David Guetta (‘Delirious’ and ‘You Are Not Alone’). ‘Delirious’ – which featured on the ‘Pop Life’ LP’ – was one the most heavily played records on European radio throughout 2008. Tara has most recently signed a recording deal with Ministry Of Sound/Hed Kandi and is currently writing with the likes of David Guetta, Todd Terry, Joey Negro, Nervo, Laidback Luke, Afrojack, Mowgli, TV Rock, Sidney Samson, Funkerman and David Vendetta. In addition to her major recording success, Tara is also one of the most in-demand performers on the UK and international club circuit. Her schedule regularly takes her throughout Europe and she has previously performed in Australia, Russia, Dubai, U.S.A, China, Egypt and Jordan. Tara performed regularly at Space (Ibiza) throughout 2009 as part of Hed Kandi’s weekly summer residency and her high-energy, crowd pleasing performances are set to cause dance floor mayhem throughout 2010. Whether it’s in the studio, writing alongside the scene’s leading players, or on tour, performing shows at the world’s premier clubs and festivals, Tara McDonald is guaranteed to hit the mark!!