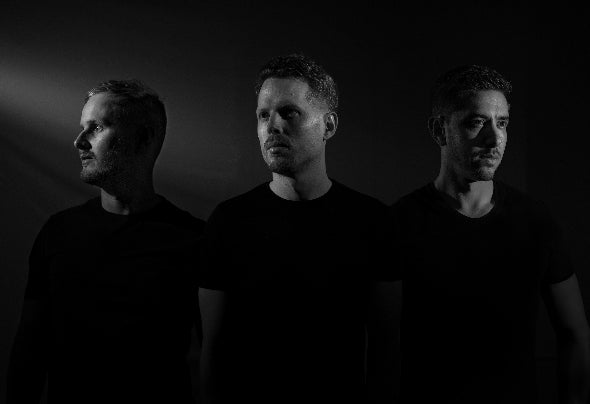 Eynka is a London based collaboration between brothers Chris and Dave Hall and childhood friend Joshua Field. A lifelong obsession with electronic music led to 3 consecutive summers working in a music studio in Ibiza where they honed their sound, inspired by countless nights immersed in all styles of techno, house and dancefloor-focused electronica. Their productions fuse techy grooves and emotive melodies, bringing together their passion for analog synthesis and years of classical training. Despite being new to the scene their music has already gained the support of Solomun, Kölsch and Claptone. Their debut solo production, "Shadow Dance", was signed by Solomun to his Diynamic imprint and is featured on the 18th edition of their renowned Four to the Floor series - a collection of tracks billed by the label as some of his strongest secret weapons.