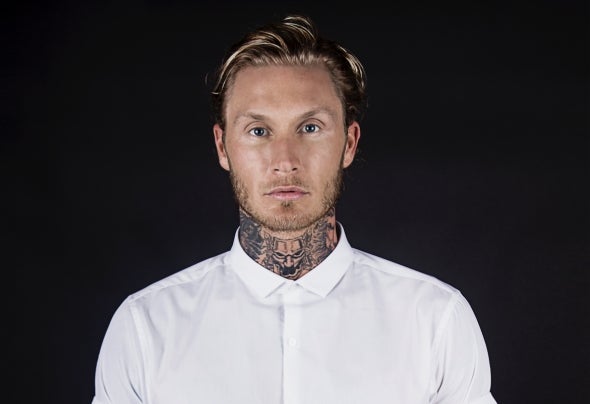 The quote tattooed on his chest sums it up best;“If music be the food of love, play on.” Morten’s passion for music started early in life. He began DJ’ing at 14 and since then, the love for music has been the driving force behind everything he does. Like many DJ’s, Morten started his career by playing local venues in his home town of Aarhus, a city steeped in Viking roots and history located in central Denmark.Morten Breum(now known as MORTEN) (born in Aarhus in 1982) is a Danish DJ and producer, currently living in Los Angeles, USA.One of the best DJs in Denmark, MORTEN is no stranger to the spotlight. Characterized by his eclectic take on progressive, electro-house, and dubstep, Breum recently moved to the creative epicenter of LA in his pursuit for stateside success. Supported and constantly sought after by the most successful acts in electronic dance music such as Avicii, Tiesto, Chuckie, David Tort, Rebecca & Fiona, Axwell, Felix Da Housecat, Sebastien Ingrosso, David Guetta, and Diplo it appears that Breum is not only a phenomenon in his beloved Denmark, but in the eyes and ears of the most respected leaders in the game. Hailing from Aarhus, Denmark, MORTEN’s innate talent for music began at the age of 14 with his first set of decks. At 19, he began playing at the biggest venues across Scandinavia because of his knack for big-room quality tracks. Notably, MORTEN effortlessly transitions through the gamut of genres, ranging from uplifting progressive to heavy-stepping electro. MORTEN’s big break came when he headlined at Sensation in 2009, thus propelling him into the limelight of the industry. In the same year, MORTEN released his the highly acclaimed and award winning debut album, Drop!, that went Platinum and reached #1 on the Danish charts. Furthermore, MORTEN’s hit single “On It”, was selected to Pacha’s annual compilation for its sexy, deep, and hypnotic elements. Fast forward to the now and MORTEN tracks have taken on an even more innovative, yet refreshing quality. “Larva” feat. Rebecca & Fiona (reached Beatport Top 20) is a mystifying and emotive progressive juggernaut adorned with budding synths, a well-mastered bassline, and an apex that will breathe raw energy into any dance floor. Another Beatport chart-topper was “86 Degrees”, an undeniably original progressive masterpiece. On the other hand, MORTEN also has the ability to release tracks such as “Get Static”, a collaboration with Betatraxx, that is a heavy-stepping electro bomb perfectly tailored for a high-energy environment. MORTEN has also released countless remixes such as Medina’s “Forever”, Stafford Brothers’ “Hello” Ft. Lil Wayne and Christina Milian, and Rebecca & Fiona’s “Taken Over”. With the current trends influencing the EDM sphere, an act as wildly versatile as MORTEN is hard to come by and will suit the most discerning of crowds. Geographically, MORTEN has conquered just about every venue from LIV in Miami to XS in Las Vegas. Other notable venues where MORTEN has been invited to showcase his talents have been Lavo (NY), Pacha (NY), Avalon (LA), Ushaia (Ibiza), WMC (Miami), Insomniacs Audiotistic Festival (USA), Wall (Miami), Golden Cut (Hamburg), Asphalt (Berlin), Malaysia/Val T (France), Rose (Stockholm), Hollywood Club (Milano), Palm Beach (Turkey), and the Ministry of Sound (Copenhagen and London). MORT EN’s extraordinary brand has been recognized by some of the top EDM publications such as Dancing Astronaut, Gotta Dance Dirty (GDD), theBPM.net, This Song Is Sick, Chubby Beavers, Techibeats, Beat My Day, and many more. “Morten Breum is probably one of EDM’s biggest hidden gems. Never a dull moment during his set, owning the audience from the moment he gets behind the decks...” said Jonathan Schwartz a front- man in the industry leader in hospitality, Strategic Group. MORTEN’s stateside break is about to hit at any moment as he is currently collaborating with one of the greatest in the game and have signed with some of the best in the business. “I think my sound is ever evolving so it can be heard to describe it in a few sentences. But some of the words I would use to describe my sound are uplifting, hard, deep, and minimal progressive,” exclaimed MORTEN to GDD in an interview. The man has “if music be the food of love, play on,” tattooed on his chest. With a motto like that and an arsenal of music like his own, you’ll never see, hear, or experience a dull moment with Breum leading the epic charge of EDM’s Golden Age.