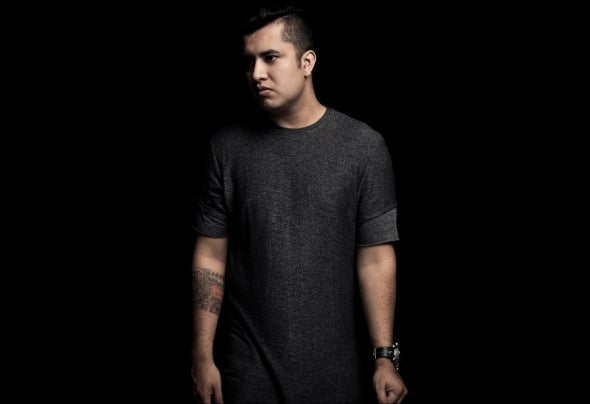 Sebastian Ledher was born in Armenia - Colombia.His passion for the music and his efforts has placed him as one of the principal’s top talents in Colombia and become one of the essential Djs of the Spanish scene where he has earned love and support through a hard work and perseverance.Sebastian Ledher has a clear mind; he knows where he is and where he wants to be on the future. His entrepreneurial spirit leads him to found his owns record label called Groove Recordings, which was nominated for the Vicious Music Awards 2015 as the best Label Jury achieving greatest hits in his first years.He is a DJ with charisma and offers proximity to his audience creating sessions with unique atmospheres and greatest climax to the dance floor. This is why he acts in the best Spanish clubs, like Fabrik (Madrid), Privilege (Ibiza), C.O.D152 (Valencia), Hotel 82 (Valencia) or elRow (Barcelona), etc. Also, he has been produced on stages around the best clubs on the world in countries like Athens, Dubai, Marrakech, Panama, Venezuela or Colombia.His role as resident DJ, helped him earn a name within the Madrid scene, giving a lot of dancing to the public of the main clubs of the capital of Spain like Cocó, Joy Eslava, , Bash and But.His work is diligent and prolific, doing different music records from Dub Techno until Deep House, through darker lands and compositions of character Tech-House. Every single one show a great deal of harmonic waves and hypnotism with an immersive percussion.No wonder why artists as Carl Cox, Marco Carola, Nicole Moudaber, Umek, or Roger Sánchez support him and play his songs with emphasis.ElRow Music, Deeperfect, Voltaire , Younan Music o Recovery Tech are some of the principal brands that support completely to his latest and successful discographic work opening to Sebastian Ledher a wide range of possibilities to give him a promising future.