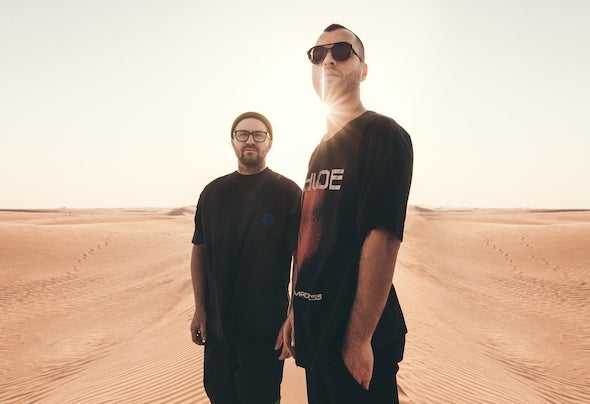 Artur and Batish are two friends who have risen from Kiev’s underground to become one of the most in demand acts on the international circuit. It is a pure passion for the music that has got them there, as well as their own unique sense of driving, powerful and melodic house and techno. 2019 was a standout year for this pair, who were Mixmag Stars of the Year as well as being Beatport’s overall Number 1 best selling artists after an unbeatable string of Number 1 singles and the Ibiza DJ Awards - Breakthrough Artist Of The Year! It was only a few years ago back in 2015 that the pair made their first big impression with ‘Mandrake’ on Definition Music getting high profile support from Richie Hawtin and many more. From there they didn't look back and continued to subtly evolve their sound with the likes of ‘Uplift’ on Diynamic Music and ‘Tabu’ on fryhide showing off their masterful take on melody. The duo continued to define their singular sound by completing a trio of singles on fryhide, Tabu - Papillon and Aquarius all came at number 1 in Melodic Techno, and then their first full EPs (Planeta and Upperground EP) - both on Diynamic - continued to get people dancing and DJs reaching all over the world. As ever with this pair, the Beatport charts were lit up by their tunes, with ‘Prometheus’ at number 1, ‘Planeta’ at number 2, and ‘Sand In Your Shoes’ at number 4 before ‘Upperground’ then proved the biggest of the lot with the number 1 spot held for months on end. Ever more in demand, the pair went on to work with WhoMadeWho on their collaboration 'Closer' on Watergate Records, Matador with their track ‘Apollo 11 & Visitor’, then picked up an even wider sphere of fans when putting out ‘Element’ on Tale of Us's Afterlife last summer. This was then followed by a standout remix of Monolink’s ‘Return to Oz’ which proved to be one of the summers biggest hits. Most recently, they have kept up their impressive run of form with a remix of Sono's 'Keep Control' on Kontor, also spending weeks at number 1. As well as being studio wizards, a set for Cercle atop the Sugar Loaf Mountain in Rio De Janeiro showcased their DJ skills. Following that, they also served up their first ever Essential Mix for Pete Tong’s long running series on BBC Radio 1. As DJs who know how to play huge outdoor stages or intimate clubs alike, this pair have played key clubs and festivals like Awakenings, Fusion Festival in Germany, Warung in Brazil, EDC in the US and Asia, Tomorrowland, DGTL and Loveland, as well as Hï Ibiza and DC10 Ibiza, Watergate Berlin, plus gigs at CRSSD Fest San Diego as well as many others. In a very short space of time then, ARTBAT have moved from being an underground secret to the in demand secret ingredient underground techno has been waiting for.