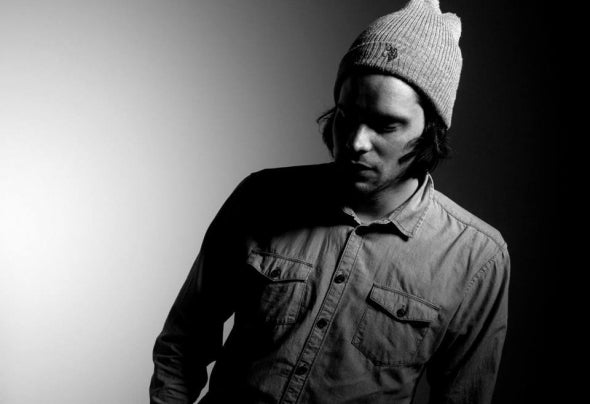 34-year old NIKO SCHWIND was born in Trier – the birthplace of Karl Marx – and very quickly discovers his own personal “Capital”: his love for music and passion for sound. In 2001 he first got the chance to express these true feelings in public. Since then, the same mission was to stretch through his biography like a red line: to invite people on the dancefloor on a journey, to tell them a story with his music. Now, in 2011, Niko has just released his second album on Stil vor Talent, anLP that is destined to catapult him into the ranks of the top DJs and producers.The young and passionate DJ quickly made a name for himself in and around his hometown. People spread the word of his enthusiastic DJ sets, of his charismatic appearance, of his skill to transfer the energy of house and techno sounds straight onto the dancefloor in order to create a connection between DJ and crowd. Soon enough, NIKO SCHWIND starts to play in clubs outside of Trier, in Hannover, Leipzig und Cologne as well as Catania and Belgrade. Big events such as the Alive-Festival, Sonne Mond & Sterne, Nature One or Mayday Poland, moreover, book him. In 2007 Niko moves to Berlin and quickly begins spinning records in prestigious clubs such as Bar 25, Club der Visionäre and Watergate. In February 2009, Niko lands his first bookings in South America, a place that he already revisited in October 2010. His reputation opens the door to the famous Vegas club and D-Edge in Sao Paolo, Brazil. Paired with a hectic touring schedule of Europe that has culminated in sets at Batofar in Paris, Studio80 in Amsterdam or Hive in Zurich, Niko has become a presence at the world’s top party locations.It is safe to say that if DJing was his first love, production is his hot love affair. NIKO SCHWIND starts producing in 2004, intensely working on sounds and patterns that will make his productions stand out among the vastness of contemporary electronic music. Everything that he experiences out on the dancefloor is transferred into his productions. His first EPs on Autist Records, on which he subsequently released his debut LP in May 2009, gather the attention of many top DJs such as Jeremy P. Caulfield, Ivan Smagghe or Mendo. It is only a matter of time until Oliver Koletzki takes notice of Niko’s productions and DJ sets. In the past two years, he has consequently released two singles on Stil vor Talent that showcased his transition from a minimalistic tech house sound to mature, melodic house music, something that will be strengthened further by a forthcoming EP on Stil vorTalent in June.In the spring of 2011, Niko released his second album Good Morning Midnight on Stil vor Talent. T he album features collaborations with vocalists such as Fran, but also with other producers like Channel X, Patrick Blasa or Oliver Koletzki. Overall, it is evident that NIKO SCHWIND can be classed one of the most prolific house producers out there, with a stylistic breadth ranging from gentle vocal house to techy peak time anthems. It seems as if Niko approaches his productions with the view of a DJ and, vice versa, reads the dancefloor as a schooled musician – a talent that makes him truly unique.