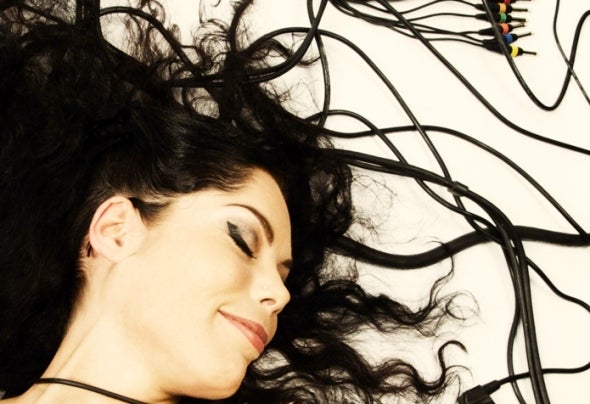 Zoe Xenia's productions are marked by a distinct hybrid of funk fueled beats, melodic chords and rolling bass lines, married in harmony with her soulful voice, both as a lead vocal and as an instrument itself. Her original productions, collaborations and remixes have been released on iconic labels including; Plastic City, Suara, Kling Klong, Connaisseur, BassCulture, Tulipa Records, Monique Musique, Freude Am Tanzen,Tronic Soundz, Toolroom, Pacha and Kosmo Records. One of her first tracks, 'Cherish' on Connaisseur Recordings, became house tune of the month in the November 2007 issue of Mix Mag and she received great feedback on her follow up ep's from artists like Radio Slave, Luciano, Laurent Garnier, King Britt and Joris Voorn. In 2012 she was asked to produce her debut album for the infamous German label Plastic City which resulted in 'Heartbeat', a sophisticated journey through down-tempo soul infused electronic songs, deep house, minimal, tech-house and techno, showing her love for different styles of music and her versatility as an artist. With befriended Swedish DJ/producer Cari Lekebusch she initiated a musical project that creates a fine fusion between the darker sounds of Techno and the soulful sweetness of Deep-House. Their 'Good Love Sweet Love' EP on German label Kling Klong, got amazing feedback and reached the Deep-House, Tech-House and Techno charts on Beatport and follow-up EP's 'Crazy' on Monique Musique and 'Fly' on Tulipa Records were played out on festivals by Richie Hawtin and Adam Beyer. Aside from producing her own music, Zoe Xenia has lent her distinct vocals to various other productions. She worked together with Mathias Kaden on the track 'Soulmakers' for his album 'Energetic' on Freude Am Tanzen, Pacha Recordings invited her to come to Ibiza and record vocals for global all star producer Richard Grey. She did vocals for 'Matters of the Heart' for Tigerskin which was released on Steve Bug's Dessous Recordings, sang for Karada and Pedro Mercado for Rainer Weichhold's Gold Records and was approached by Kosmo Records to write vocals for the new mixes of BBE's huge dance-hit '7 days and one week'. She also appeared in the promotional video, which was recorded in Berlin at the old Tempelhof airport and it's secret and legendary tunnels! With her productions, soulful voice, powerful sets and energetic performance Zoe Xenia weaves together a hypnotic, ecstatic experience for the listener and dancing crowd. "Music is an exchange of energy that dissolves boundaries, a universal language, it's a fantastic tool to express myself and to communicate straight to the hearts of other people."