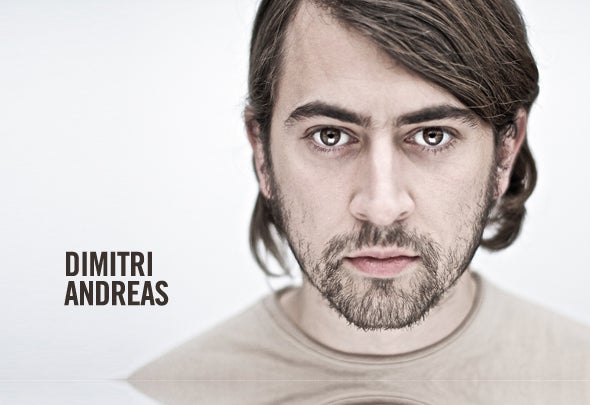 Dimitri has been passionate about music from a very early age. His first releases date from more than 10 years ago and got played by big names like Carl Cox, Mark Broom, Luke Slater and many others. Since then, Dimitri evolved and built up his carreer as an experienced high quality dj and producer. In 2003 came a first break-through when he released 'Panther ep' on the prestigious and artistically highly appreciated label Music Man. The ep sold well, received many positive reviews and delivered invitations to perform at major European parties like I Love Techno. More releases followed and Dimitri continued working and producing in his studio on lots of different projects, always with lots of attention to the groove in his work. His productions are getting played worldwide by the biggest dj's who all appreciate his typical groove and the pro-pulsing arrangements as ideal ingredients to make the floor go wild. In 2008, Dimitri released a new pearl, 'Run and hide'. The track was a first step in a more emotional direction of his productions. Soon after he made remixes for Marc Romboy and Chelonis R jones (Get Physical) on Systematic recording. As well as some very deep emotional remixes he also made more energetic remixes on MBelektronics, Girafe sauvage that Year. More collaborations with other DJ's, artists and producers take place again in 2009. Dimitri has been working with Marc Romboy in the studio and together they remixed a track from Marc's latest Album, 'The Beat'. A few months after Dimitri released 'Pharaoh'. He produced not only the music, but also a video on this track. As he's also working on tv commercials and on different side-projects, these experiences reflect more and more in his cinematic way of arranging tracks. Due to these experiences, Dimitri now creates a musicvideo on most of his releases. As he finds this a much better and visual way to communicate with his fans. This exceptional visual aspect is very important for Dimitri. It will definitely be something he will work on even more in the future.