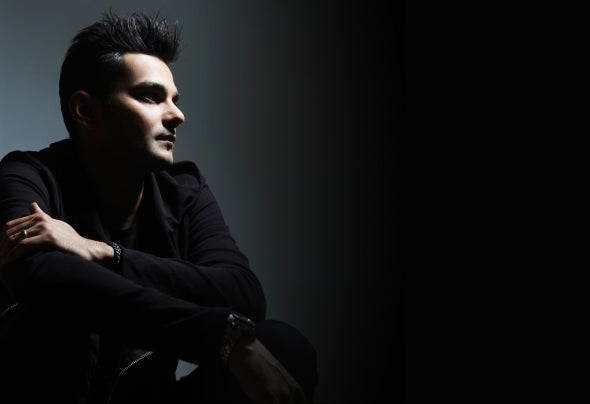 Arjun Vagale is one of India’s most coveted DJs, part of an exclusive new breed of cutting edge producers who are making a massive globe impact.As one of the country’s leading electronic music exports, he plays incessantly back home and tours regularly in Europe, the USA and Asia. A man with a true passion for the underground, a sound he relentlessly plays, produces and promotes, it’s no surprise that Arjun has received numerous awards for his DJing and production skills, and currently reigns at the top of the DJ Mag India poll.Known for his “intense, driven and atmospheric” techno sound,Arjun has played alongside such heavyweights as Richie Hawtin, Dubfire, Adam Bayer, Josh Wink, Apparat, Sasha, Fat Boy Slim, and Nic Fanciulli, while his erstwhile live act, Jalebee Cartel, shared headlining spots with The Chemical Brothers, The Prodigy and Modeselektor.Arjun’s knowledge and use of technology in the booth is second to none, as he innovatively wields drum machines and samplers to create a raw, electrifying and radically twisted set.Taking a calculated risk a few years ago to move away from his major main stage career,Arjun followed his love for the counterculture by traveling into darker, more experimental musical terrain.Always inspired by the sounds coming out of Berlin, he started basing his summer tours out of the techno Mecca, and the intensity of his productions reflected this evolution. The game changer came in 2010 with the release of “Kill the String” on ALiVE Recordings, which propelled his solo production career. Releases on Fergie’s Excentric Muzik followed, as did strong support from Dubfire, Carl Cox, Karotte and Kaserdisco.His immense collaboration “She Said” on KD Music stayed hot on Beatport and vinyl charts for over two months. Richie Hawtin gave it multiple plays around the globe, while Carl Cox licensed it for his 2012 “Space Ibiza” CD. Soon after, Arjun’s EPs on Cologne’s Trapez Ltd, including the gigantic Ibiza hit “Terrakoz”, were acclaimed by DJs and clubbers alike with remix requests for Danny Tenaglia, Victor Calderone, Wally Lopez and John Digweed’s Bedrock. T he versatility of his sound ensured that each of his 2013 releases stayed on the charts, while “Kempai” was licenced to Digweed’s “Live in Argentina” compilation. Now signed to SCI+TEC, Tronic, Octopus Recording, Suara, Herzblut, and Material Series,Arjun’s dynamic productions are played by Cox, Hawtin, Dubfire, Adam Bayer, Christian Smith, Stacey Pullen and Paco Osuna, all the way from Enter and DC 10 in Ibiza to Berghain in Berlin.In his spare time,Arjun runs a truly global record label, MakTub Music, where he indulges in his other passion: discovering and promoting fresh talent. Over the last 3 years, the imprint has become home to an impressive roster of artists. He also runs India’s premier electronic music school, The ILM Academy, and is co-owner of UnMute Agency, which manages the finest underground talent in India.Over the last 16 years,Arjun Vagale has come to the forefront for the quality and depth of his productions and DJ sets, while always staying true to his roots. Whether packing in the dance floor or producing yet another monster tune, Arjun’s total dedication to house and techno is apparent in everything he does.