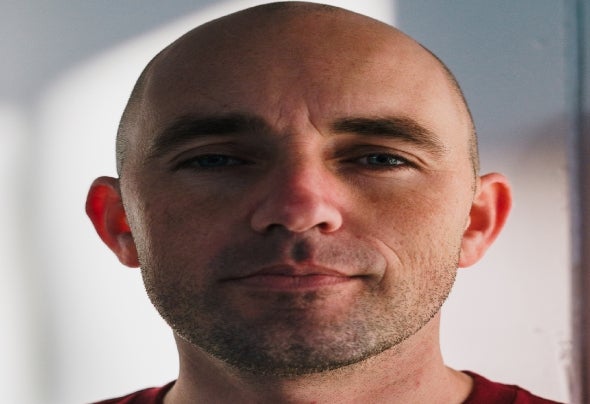 “What the editor needs to include in my biography? That I’m a smart, sympathetic, sport loving guy with lots of humor, of course.” Deniro is the moniker of Reynier Hooft van Huijsduijnen, one of the most promising new techno talents rising from The Netherlands. His precise and sparing use of melody and rhythm in beautiful fashion, and importantly not at the expense of its inherent, is deeply rooted in timeless Detroit soul music. His craftsmanship has gained attention by the likes of Hunee, ROD, Steve Rachmad and Nina Kraviz to name but a few. The latter released his track ‘Organezized’ on her imprint трип (Trip) in 2015. Deniro is also heavily involved in Tape Records, a small but acclaimed electronic music label from Amsterdam that is distributed by Clone. Besides being a releasing artist on the label, he’s one of the participators and executives that helm the imprint. Deniro has been working his vintage gear for over ten years in severe isolation and the pay off is to be heard in his solid yet emotional tracks. In 2012 he inaugurated Tape Records with his debut the Grey EP, followed by Avatism (Tape, 2014), The Penal Colony (Tape, 2015), Swing (Dekmantel, 2015) Painting (Tape, 2016) and Kairuku (Oblique, 2016). Now, in 2017, he’s finished a double 12′′ that saw first daylight in Nina Kraviz’ трип (Trip) label.