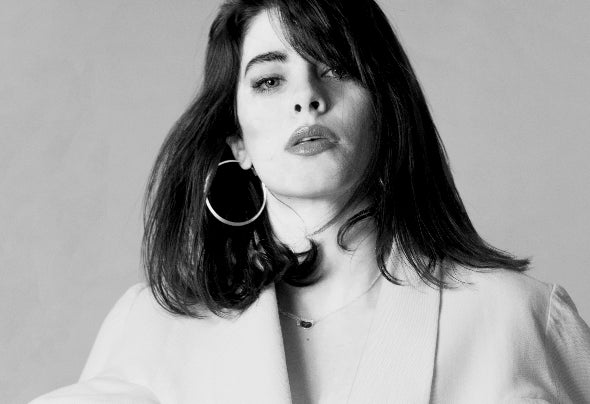 Aida Arko is a electronic music Producer, DJ, Label owner and resident at ‘Grelle Forelle’ Austria, one of the most demanding clubs in Europe. She has gained huge international recognition thriving from Vienna with her latest releases, which include a rmx to the iconic track ‘Ghost Stories’ from Rebekah, a powerful debut EP on Suara, plus releases on the mighty Soma, Elements and Meat Recordings. She established her sound signature as a new wave of hard edge driving techno with a seemingly unusual drone attraction, leaning on a dark percussive industrial tribalesque groove that grinds its way through the airiness of experimental soundscapes. 2017, after a life changing journey around the globe, she found her base in Austria and turned her years of artistry experience, focusing solely on music. 2018, she started organizing her own events, promoting, djing, and hosting floors at the most respected clubs in Vienna, while at the same time touring and working countless hours in the studio, unfolding her own sound. 2020 releases: - ‘Story Of My Maker’ debut Ep on Phunk Trax - ‘Electrain’ on Gain Records. - ‘No Turning Back’ & ‘Kikkofu’ on her Label System A Recordings. - ’Renaissance’ on Suara NRG compilation. 2021 releases: - ‘Unholy’ Ep on Suara. All four tracks of the EP have been charted in the Beatport Top 100 Hard Techno Chart with the title track ‘Unholy’ being as far up as number 7. - ‘Subatomic’ on Meat Recordings, has received major support from Amelie Lens, who played the track at her BBC Radio1 residency. - Rebekah ‘Ghost Stories’ rmx on Element Records. - ’A New Empire’ on Soma.