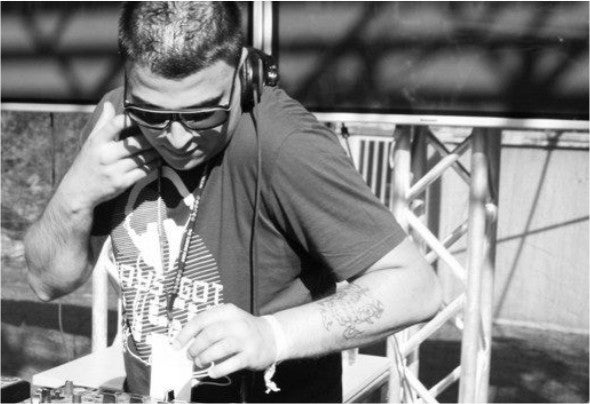 Hot Slovenian virtuoso started his music journey in 2004, when he bought his first turntable. In 2005, when he added one more, he already knew what is going to be his biggest passion in life. In 2007 he yet won t he Slovenian compet it ion T echnot alent s in which he has shown his amazing spinning skills andt echnique.Baly's production has exploded after a few years of commit t ed and hard work; in t he beginning of 2010, when he get out with his tracks on different mighty labels around the globe. He is constantly pushing track by track on different techno charts - two times he has managed to climb right to the 1st place of bestsellers of TOP 100 Techno tracks on Trackitdown. His new wave music is getting him more and more attention and support from many DJs of world format.In the beginning of 2012 he has established his own label – Alphawave Records. The first release with legendary Swedish artist HERTZ and remixes from FER BR, Balthazar&JackRock and himself was really impressive and has shown the vision and philosophy of the label – to spread quality music of most world's admitted artists. As a label co-owner he is going to struggle to distribute best techno music on the dance floors all over the world.In summer 2012 he achieved the BIGGEST success so far: with over 850 entries he was the runner up of the Carl Cox’s Revolution Recruits DJ competition - this means he has got a support of one of the biggest names in techno industry!!He has entertained party people with some of the worlds biggest DJ names like Cristian Varela, Mauro Picotto, Marco Bailey, Ben Sims, DJ Murphy, DJ Misjah, Axel Karakasis, Dejan Milicevic, Fatima Hajji, Wehbba, Boriqua T ribez and many more. Through new t echno with massive bass lines and exceptional technique he spreads his recognizable charismatic style of spinning that makes people fascinated every time. With his enthusiasm and quality in all music areas he is on the best way to become one of the trendsetters in electronic music.Music is his lifestyle - he lives, eats and dreams it!!