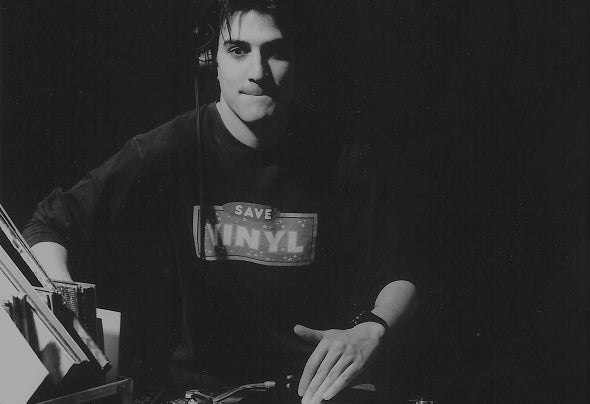 His story began in the late 1980s, thanks to a growing intense passion for electronic music, Dijng's art, and old synthesizers. In these days, he used to play with a mixer and turntables whenever he could and he had fun creating urban and industrial sounds in his basement with the first synthesizers. Suddenly, in the 1991, he found himself involved in the lifestyle of Zürich, characterized, at the time, by a very animated underground movement tied to the first Rave parties in Switzerland. Therefore, he decided to abandon his studies to devote himself with passion and determination to a unique experience: for 10 years he had been engaged full time with the promotion of very innovative and original techno/trance sounds; at first in Switzerland and in the south of the Alps, where he represented the linguistic and territorial minority (of Ticino, Como, Milano, Varese); later also abroad (in Italy, France, German, Netherlands, USA, Australia), as an exponent of his own nation, through the collaboration with several other artists.